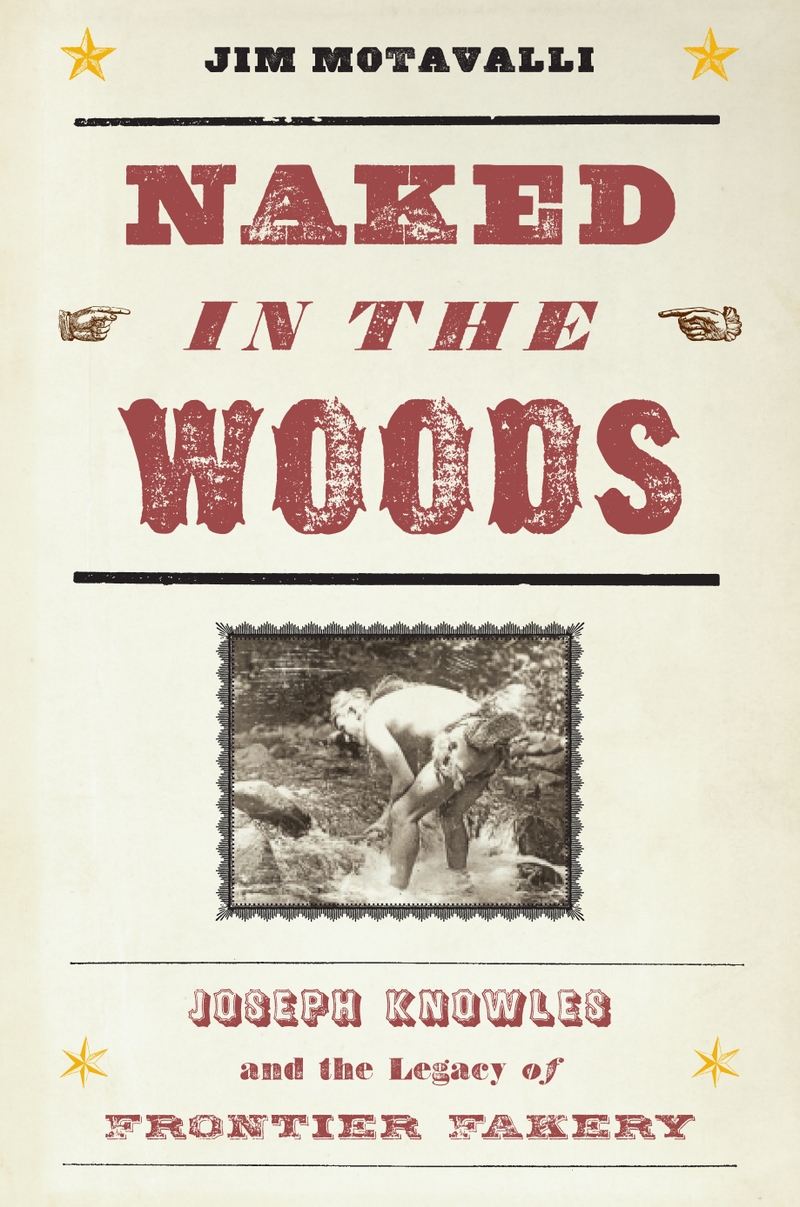 That’s the question tacitly posed by a recent release from the fine folks at Perseus Books, “Naked in the Woods: Joseph Knowles and the Legacy of Frontier Fakery,” by Jim Motavalli. In it, environmental author and journalist Motavalli details the life and times of Joseph Knowles, a man who in the early 20th-century made a career out of what could only be described in today’s terms as “survivor-style” exploits. Simply put, Joe Knowles was the Bear Grylls of early America. As Motavalli notes in the book, the presence of these shows today is a testament to the staying power of a simple question: what would you do if you found yourself suddenly helpless and alone in the wilderness?

Joe Knowles set out on answer the question on August 4, 1913. Stripped down completely–wearing only a loin cloth out of respect for the throng of attendant news cameras–Knowles stepped about as naked as can be into the still-wild woods of northern Maine.

Likened to a modern-day Adam, Knowles commanded a large share of media attention as a result of his stunt, so much so that he fashioned something of a career out of his adventures. Upon emerging from the woods, Knowles stepped into a society more than eager for the speaking tours and special media appearances that immediately followed. But scandal followed, with claims that Knowles spent his time in the wilds secreted away in a remote cabin, not–as he claimed–killing animals with tools fashioned by hand and creating clothing from their skins. Thus, the driving question behind Naked in the Woods is the legitimacy of Knowles’ exploits. 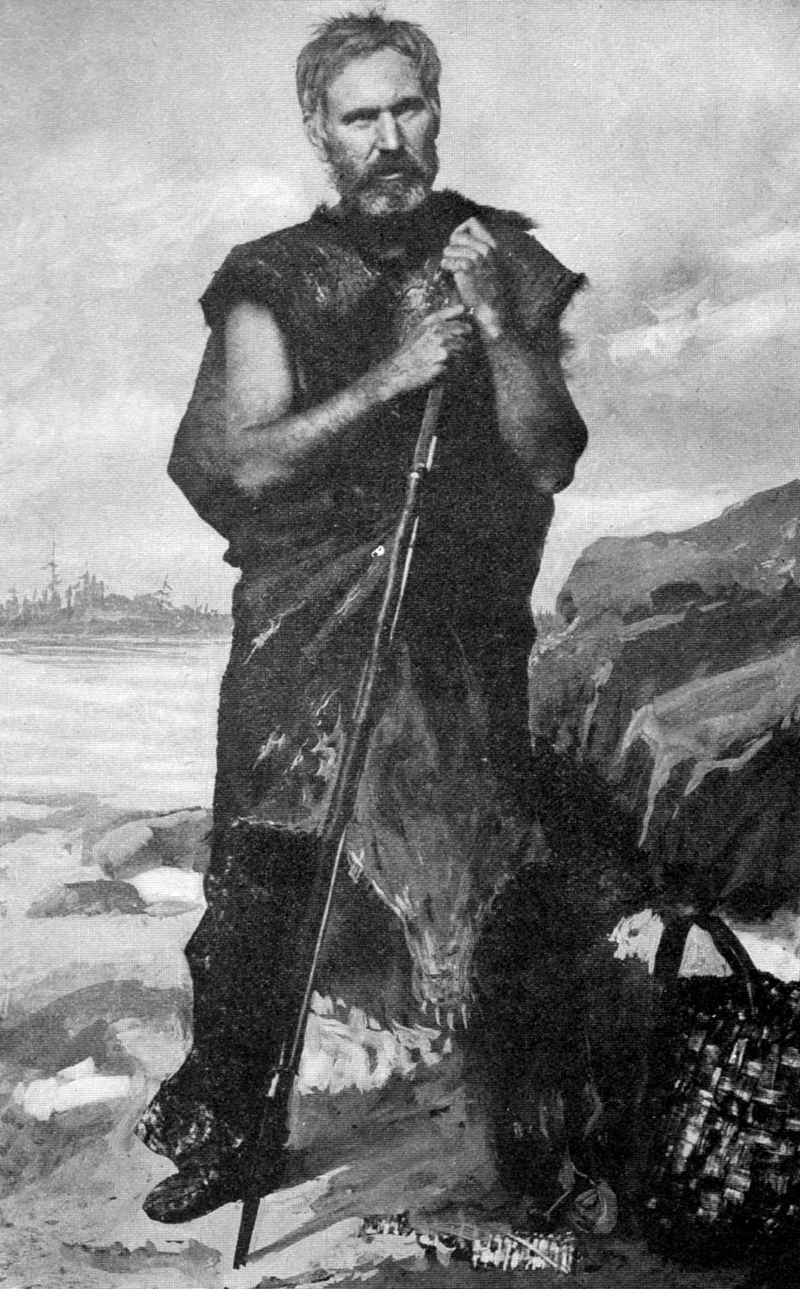 The driving question for yours-truly, however, was this: Why would these guys send us–an outdoor clothing company–a book about a guy dead- set on proving how unnecessary clothes are for the outdoor experience?

It got me thinking. The relevance to Patagonia is surely there in an ironic way. After all, our bread is buttered by the fact that people need a certain amount of gear to go comfortably forward into the great outdoors. What folks identify as their “needs” most certainly varies, but this much is certain: if you’re a Patagonia customer, then you’re probably wearing clothes when you go into the woods.

But the continuing large-scale fascination with the question of human kind’s ability to endure against the elements suggests that no matter how much Capilene and how many coats we put on, a part of us will always wonder if we could make it in “the old way,” clad in nothing but our skin, bereft of any special tools, equipped with only the knowledge we hold in our minds and the resolve that lives within our hearts.

Motavalli’s inquiry is relevant much more for the questions it teases out than the life that it portrays. Verily, Joseph Knowles is an interesting character. But the true intrigue for wilderness lovers is not so much the minutiae of Knowles’ otherwise-uneventful life; it’s the place Knowles deserves as a patriarch of the American “trail-by-wilderness” tradition.

If there was a central message to emerge from Knowles’ experiences, it was that we should not lose hope in the wilderness as a place where we can thrive, and that we need surprisingly little to do so. And here is where the relevance to a company like ours comes in.

Patagonia’s owner, Yvon Chouinard, has been quoted numerous times on this same message: buy only what you need. We make clothes durable and multi-functional so you can buy less. Asked in an interview with TreeHugger.com whether it’s contradictory to espouse simplicity while selling things for a living, Chouinard responded:  “Yeah, it is. Absolutely. We did an ad one time that said instead of owning a pair of volleyball shorts, a pair of running shorts, a pair of tennis shorts, a pair of walking shorts (we listed all these different uses for shorts), buy one pair of Baggies, and they’ll do it all.”

Joseph Knowles was among the first in a long line of people to prove how little we actually need to make our way in the world. And what happens to Knowles? Motavalli answers this question, and in doing so, does an admirable job of placing Joseph Knowles into the grand spectrum of wilderness history in America. To find out more, pick up a copy.

But what about you? What do you think? Would you want to be caught in the middle of nowhere without your Capilene? Have you ever been? Do you have a cool story of some surprising uses you’ve found for your Patagonia gear? If so, please post a comment and share your story here.