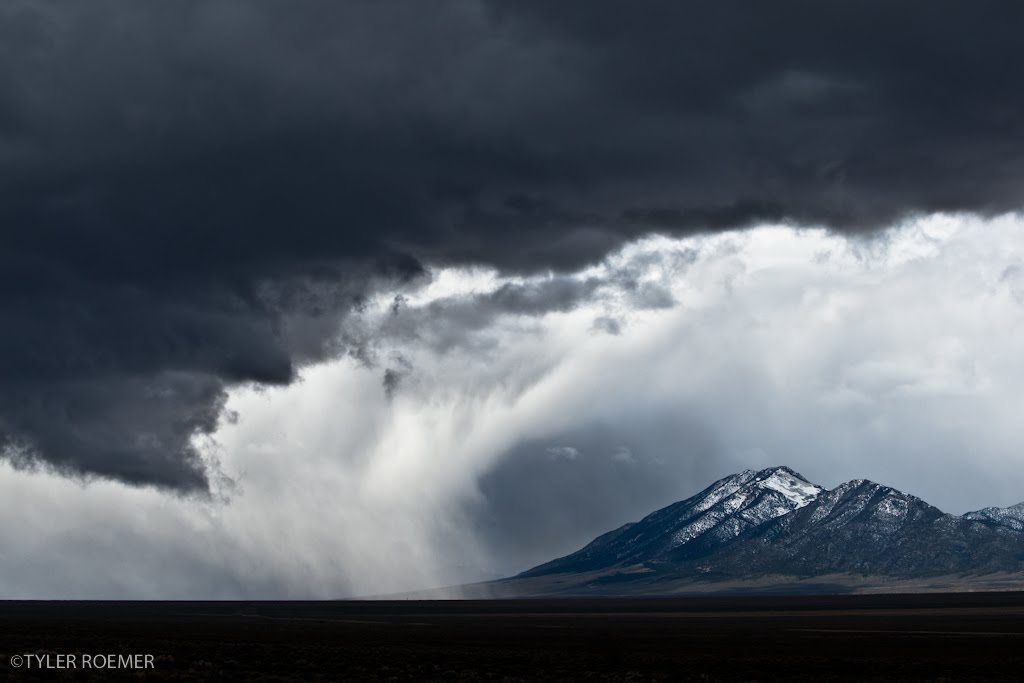 A bolt of lightning seeking a path from cloud to ground will trace a path of least resistance. Sometimes that path will lead a jagged bolt through a lone tree, at others, through the limbs of an unfortunate individual caught out in the storm. In our attempts to harness the power of electricity we have done our best to obey this preference, but we're ill-suited to reproduce the logic or efficiency of the lightning bolt's path. The energy-transfer infrastructure we've built reflects our best attempts to move electricity efficiently – long, low-resistance wires strung out with the assumption that the shortest distance between two points is also the most efficient. Look at any lightning bolt and you'll see it – the path of least resistance is rarely a straight line.

Yesterday's blog post from the Nevada Wilderness Project (NWP) wraps up their SWIP Trip – a project they put together to follow the path of a proposed power-transmission line that will shoot straight through the heart of a big piece of wild country, over 500 miles of Basin-and-Range wildlands between southern Idaho and southern Nevada. The path suggest a "shortest distance between two points" approach to moving energy across a stretch of country roughly the same reach as Boston to Washington, D.C. Once completed, it is hoped that the power line will form a critical link in a new energy infrastructure and the backbone for a host of renewable energy projects in the Intermountain West.  The project – and NWP's response to it – paints an image of what could
be conservation's future: conservation groups working in collaboration with energy developers to make sure that much-needed renewable and alternative energy projects are Smart From the Start. 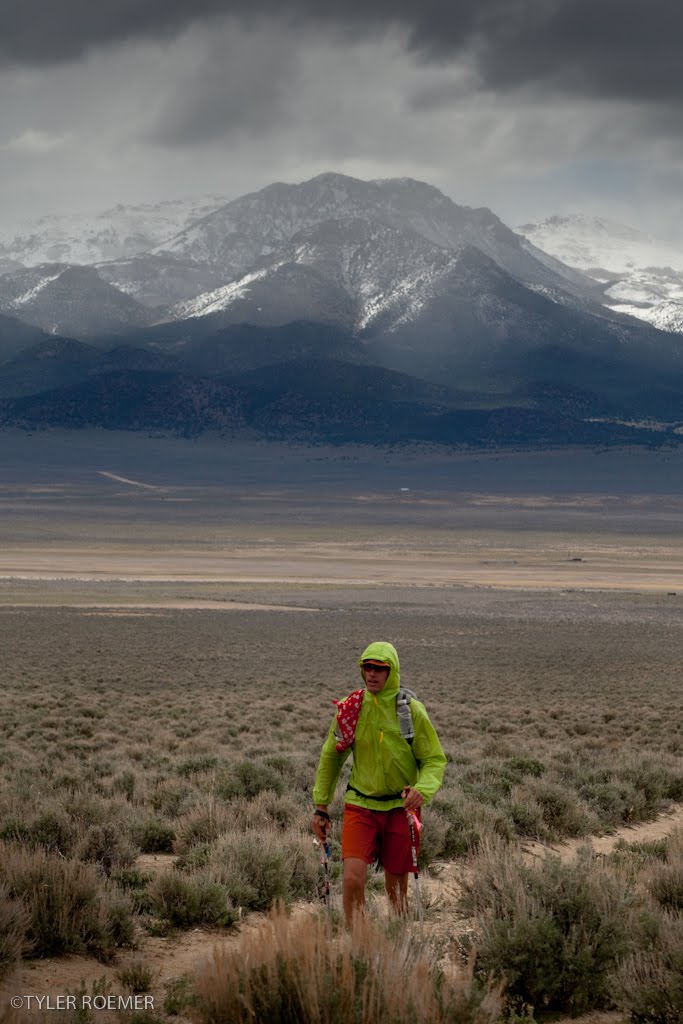 The timing of the SWIP trip coincides with storms that are currently wreaking havoc within the conservation community. Since the 60s, the relationship of conservation groups to power-development interests has been one of resistance: if, like electricity, power development proceeds along the path of least
resistance, conservation's answer was maximum
resistance. The strategy is not unlike two trains traveling in opposite directions on the same track. "Build up enough opposing momentum," the conservationists argued, "and we can stop these projects dead in their tracks."

This strategy was responsible for many victories. But decades of maximum resistance has resulted in something unexpected: success. As Outside's Tim Dickinson points out in the May 2010 issue, when energy developers turn away from dams in favor of wind, solar, and geothermal, it's the responsibility of those who've demanded alternatives to join them in finding solutions. Today's conservation climate is stormy, Dickinson argues. Those conservation groups who stand the best chances are the ones whose strategies are well grounded. Put another way, it's no longer about least resistance vs. maximum resistance, it's about following a path wise resistance.

Hit the jump below the photo credit for some of NWP's thoughts on their efforts to balance conservation and solar development: 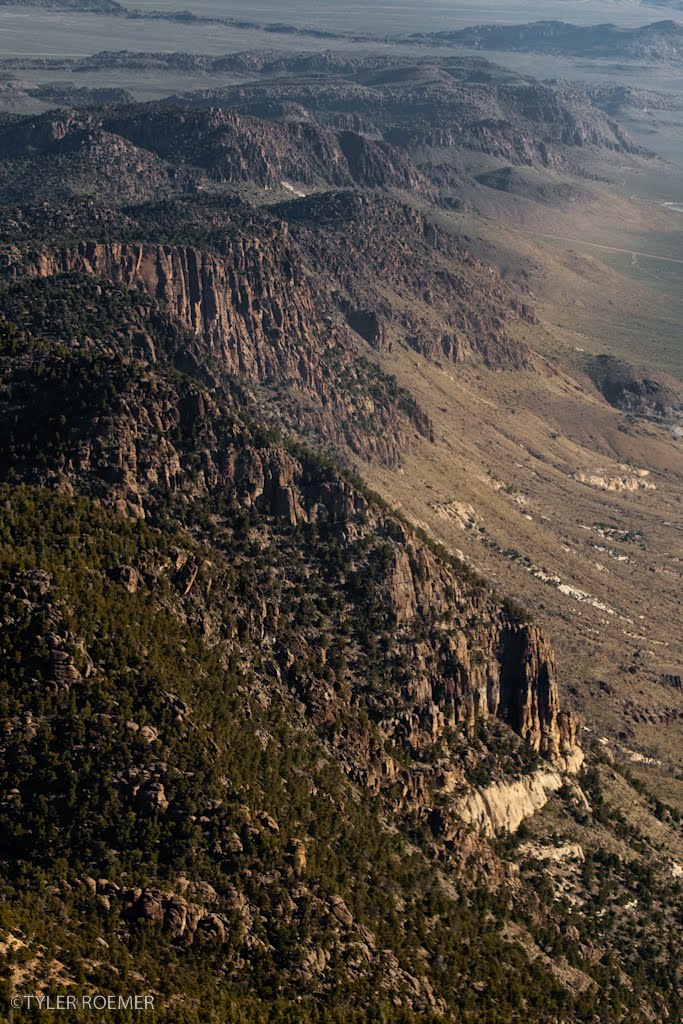 As Adam's hike and the SWIP Trip is coming to a close, we know we need to take a week or so to collect our information, thoughts and experiences, then continue to role out the SWIP Trip story. But one of the key elements of our “smart from the start” campaign is making sure that we recognize the need to protect Nevada’s most important places to offset habitat loss and fragmentation that results from development of renewable energy.

The SWIP represents a massive effort to move electricity from a variety of locations, much of which will come from new renewable energy projects. When you place 501 miles of powerline across two states, you are going to impact wildlife. There will be habitat fragmentation and increased aerial predators, even with the best efforts being made to reduce perching and nesting on towers.

In order for this to really be “smart from the start,” we need to see creative solutions to address these impacts to wildlife and their habitats. One such solution is in discussion in Lincoln County. On the table is proposed legislation that would designate solar energy zones in Lincoln County to spur the local economy with construction and permanent green jobs. The zones would open up a bid process for the rights to rapidly deploy solar energy development that would tie into the SWIP. In the same piece of legislation, a large National Conservation Area would be designated in Garden Valley that would protect hundreds of thousands of acres of Great Basin habitat that provides the southern most extent for sage-grouse, pygmy rabbits and other sagebrush obligate species. Additionally, the NCA would protect the viewshed for the massive, landscape art project by Michael Heizer called “City.”

In addition to these conservation opportunities, this legislation would provide a site-specific royalty structure that may serve as the model for all solar energy from public lands. From this royalty, 35 percent would go directly to wildlife habitat conservation activities, a much-needed 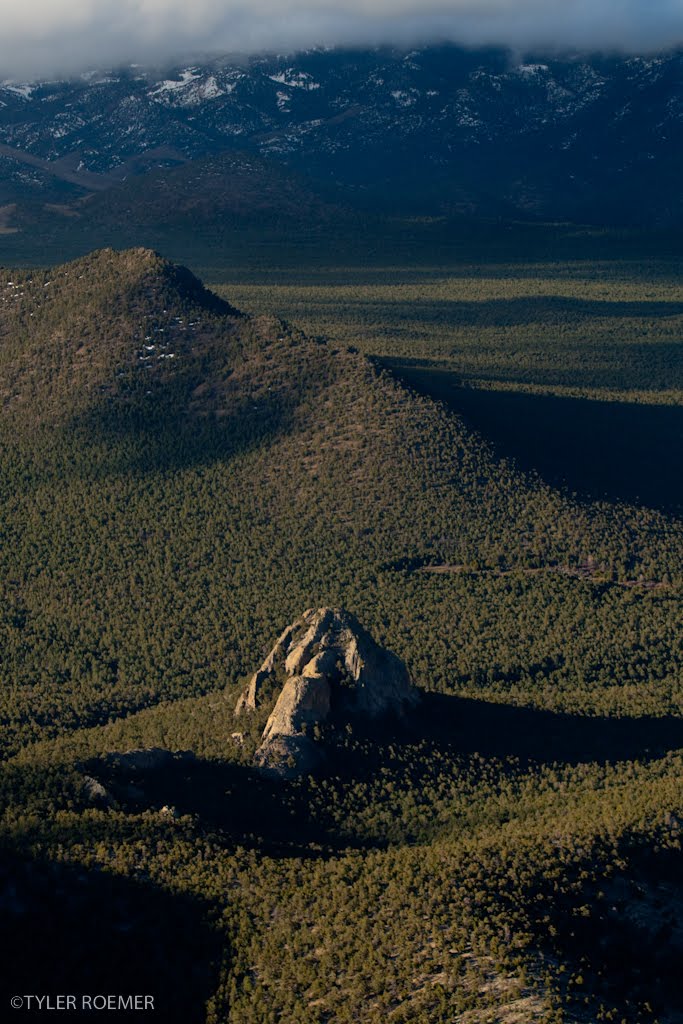 source of revenue that will, among other things, help restore sage grouse habitat and provide the conservation boost needed to keep the species from being listed. The county and state would also have a revenue stream to help bring us out of our current economic slump. Finally, the Bureau of Land Management would get funding to improve their capacity to manage renewable energy permitting in the state.

The Lincoln County legislation is something that would greatly benefit all interests in Nevada, and this is a clear example of how a large energy development project can be “smart from the start.”

[Above, left and right – Eastern Nevada landscapes that will be affected by the Southwest Intertie Project. Photos: Tyler Roemer – more photos of the SWIP trip can be found on Tyler's blog.]