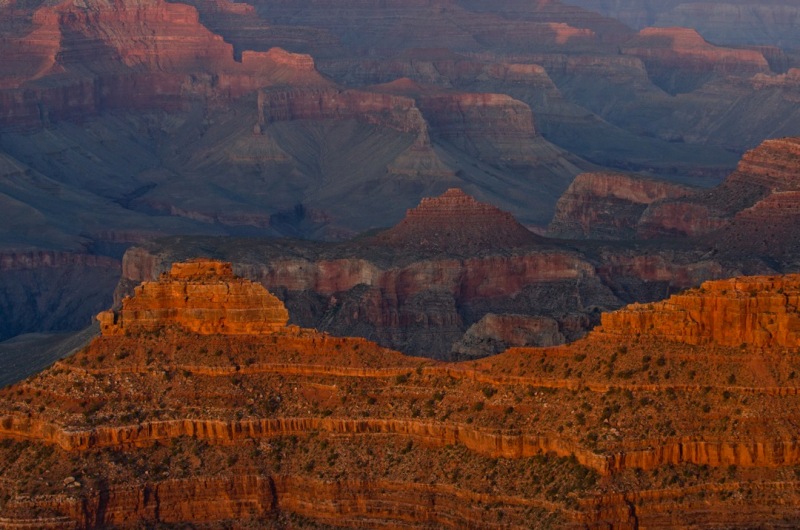 The Obama administration rang in the New Year with a gift to wildlands and wildlife: a 20-year ban on new mining on 1 million acres of public lands around Grand Canyon National Park. The move, in the face of a rash of new uranium-mining claims, bans new claims and prohibits exploratory drilling and mining on existing claims lacking “valid existing rights” — the vast majority of claims in the area. It’s a historic decision for an iconic landscape that will save streams and rivers from pollution and protect scores of species from the scourge of industrial mining waste.

Editor's note: We're late getting this good news posted, but it's worth celebrating nonetheless. We asked you twice to take action on this issue — first in February with a special video from Jonathan Waterman, then again in April — and your voices have been heard. Thank you. Photo: James Q Martin

The decision is clearly popular. Nearly 400,000 people from 90 countries wrote the Interior Department urging the ban. And since it was enacted, it’s won praise from Indian tribes, businesses, elected officials, scientists and outdoor enthusiasts who value the canyon’s environmental health and its economic value as a tourist attraction.

Given the uranium industry’s track record, the ban is critical. The Navajo Nation — just east of Grand Canyon — is riddled with pollution from abandoned mines. At Grand Canyon’s south rim, the Orphan Mine still leaches uranium into Horn Creek at 10 times federal limits. North of the canyon, in 2010, federal scientists chronicled elevated uranium at every previously mined site they visited. 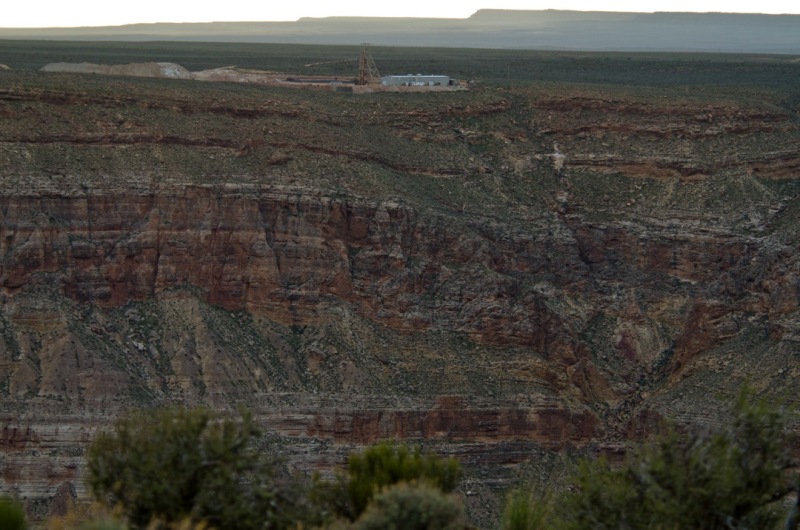 [Perched on the rim above Kanab Creek just north of Grand Canyon National Park, the Kanab North mine has been in “stand-by mode” for twenty years — a regulatory purgatory whereby the mine is neither operating nor required by the Bureau of Land Management to be reclaimed. The U.S. Geological Survey has documented high concentrations of uranium in pond sludge that persists at the mine; average soil concentrations of uranium downwind of the mine up to the canyon rim average 10 times natural background concentrations — believed to be a result of wild-transported mine dust. Photo: James Q Martin] 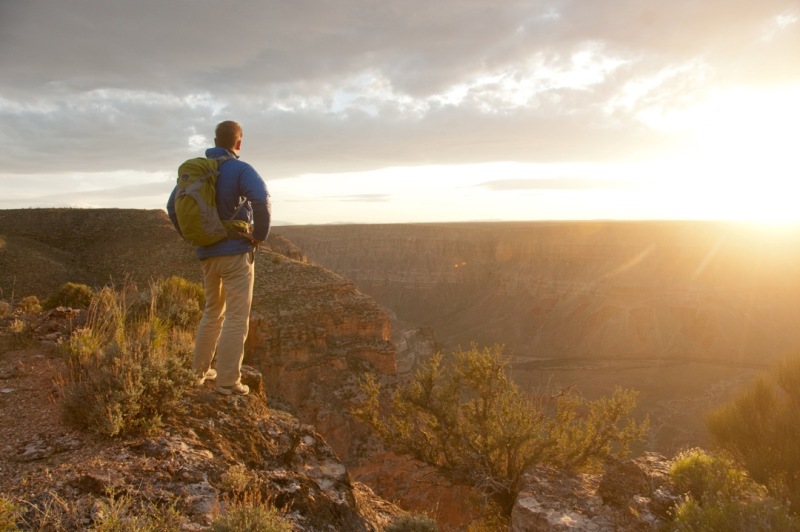 [Taylor McKinnon investigates mining claims on the rim of Kanab Creek and contemplates the fate of the Kanab North mine. Photo: James Q Martin] 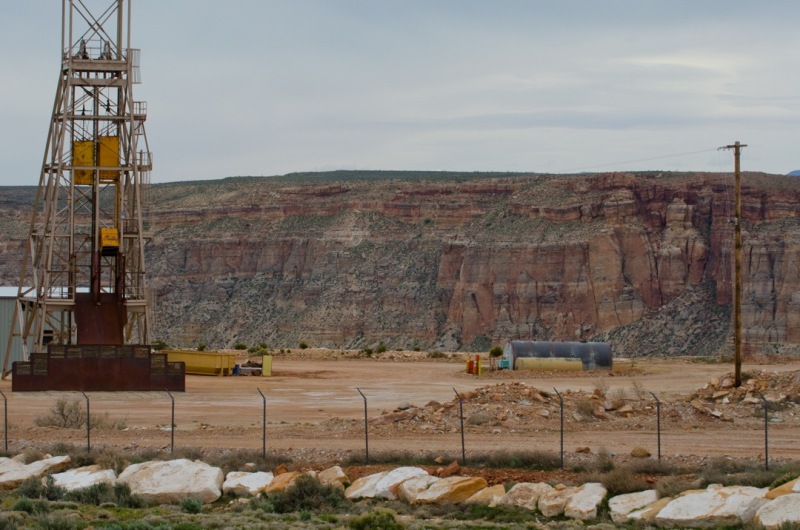 [A view east through the Kanab North mine across Kanab Creek which is just north of and drains into Grand Canyon National Park. This part of the southern Colorado Plateau is ground zero for new uranium mining pressure. Photo: James Q Martin]

The new protections span the Kanab Creek watershed north of Grand Canyon, portions of the Kaibab National Forest along the canyon’s south rim, and House Rock Valley just north and east of the park.

In addition to curbing industrialization of these iconic wildlands, the mining ban protects aquifers feeding Grand Canyon’s precious springs and creeks from uranium pollution — pollution that, if it were to happen, would be impossible to clean up. Those springs — like Elves Chasm, Showerbath Spring and Havasu Creek — harbor up to 500 times the number of species than adjacent uplands, including endangered species and some species found nowhere else on Earth. 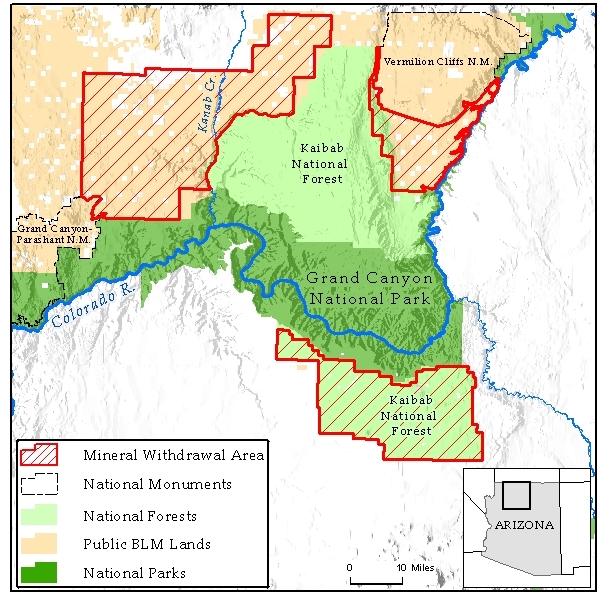 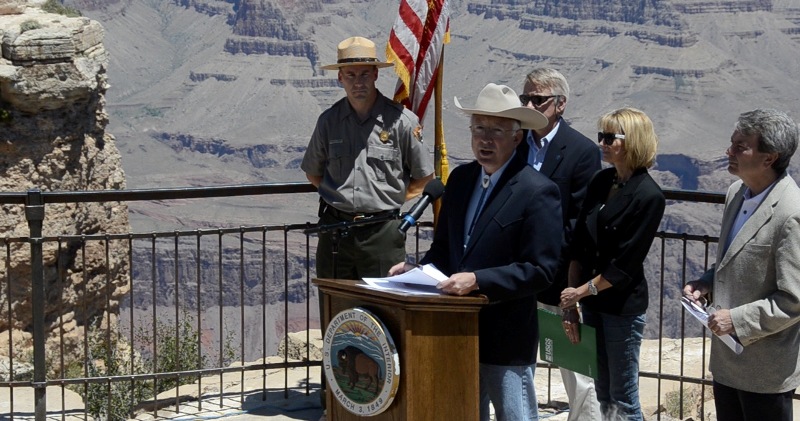 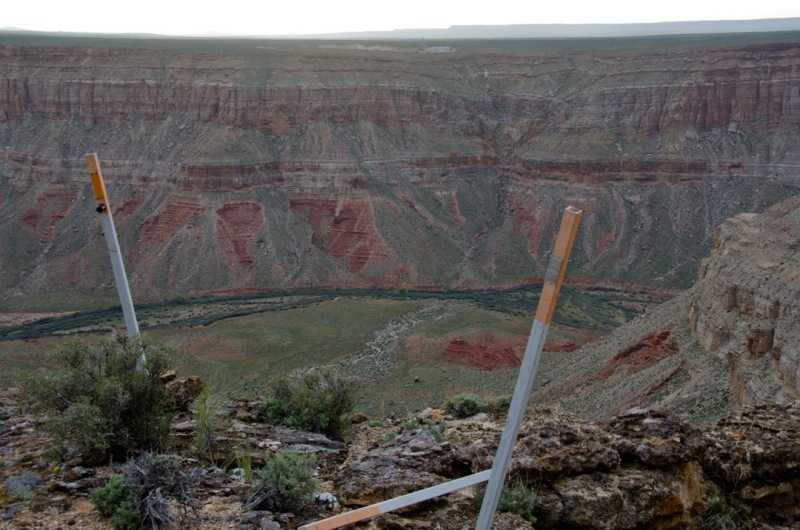 [Public lands surrounding Grand Canyon are riddled with thousands of mining claims like these. The new protections will prohibit mining development on the vast majority of them. Photo: James Q Martin]

But, by virtue of property rights given to mining corporations under the 1872 mining law, some old mines will be grandfathered in. The Bureau of Land Management has already let one of four mines shuttered in the 1990s reopen without updating 24-year-old environmental reviews — a decision now contested in court by tribes and conservation groups.

Importantly, though, this battle may not be entirely over yet. The new mining ban isn’t impervious to being undone by acts of Congress or future administrations — making it permanent would require either legislation or a new national monument designation. And it’s no substitute for reforming the antiquated 1872 mining law — a badly needed task that’s proven elusive to Congress.

But in the history of public lands administration, precautions against damage that can’t be undone are too rare. The uranium-mining ban around Grand Canyon is a visionary decision and should be celebrated.

Taylor McKinnon is the public lands campaigns director at the Center for Biological Diversity. 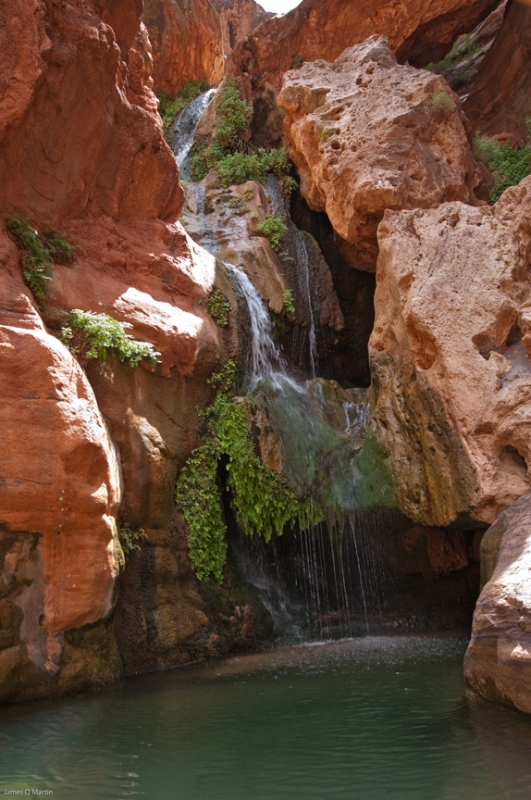 [Elves Chasm is one of the springs that the mining ban protects – Aquifers feeding Grand Canyon’s precious springs and creeks from uranium pollution that, if it were to happen, would be impossible to clean up. Photo: James Q Martin]

[With thanks to Taylor, Q and countless others for all their work on this issue.]