For over seven years now, our friends at HeadCount have been registering voters and making civic participation an easy and fun part of the live music experience. They’ve also been helping us by introducing concert-goers to one of the simplest forms of activism: buy a song, benefit the environment. Today, we’re happy to present the first in a series of interviews with artists participating in the Patagonia Music Collective, appearing on both the Patagonia and HeadCount.org blogs. Here’s Headcount executive director, Andy Bernstein talking with Blitzen Trapper’s Eric Earley. 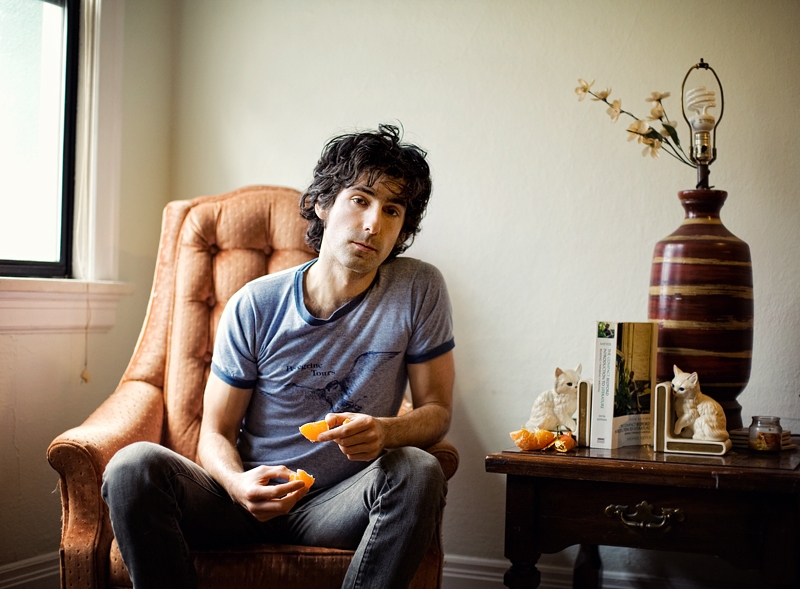 Blitzen Trapper’s roots-driven folk is a living breathing homage to the musical and cultural heritage of the United States. It’s no wonder then that they care about preserving natural resources and the American landscape. The band was one of the first to donate an exclusive track to the Patagonia Music Collective, with the proceeds from downloads going toward SOLV. We caught up with the band’s lead singer Eric Earley, to learn more about the benefit track, the charity, and the natural link between music and protecting the earth. [Eric Earley photo by Todd Roeth. Download "All the Stones" here.]

HeadCount: So tell me about the track you donated for the Patagonia Music Collective.

Eric: The song, “All The Stones,” it’s actually a pretty old one. I wrote that maybe 10 years ago. I was like 21 or something like that – maybe over 10 years ago. I never recorded it and I always liked it. So for the last record I recorded it, but I didn’t put it on the record. But I still like the recording a lot. I really love the song. It’s nice to put it out in some form.

Have you gotten a nice reaction from it?

What made you guys want to get involved with the Patagonia Music Collective?

We’ve gotten involved in stuff like that before. It’s kind of natural, you know, getting involved in something that’s better than just an endeavor to help us out or help our careers or something, you know? I think in our position as musicians and writers it’s good to look outside of yourself, as much as possible anyway. It’s not like you’ll make tons of money, but it’s definitely good to look outside yourself and try to give in different ways. 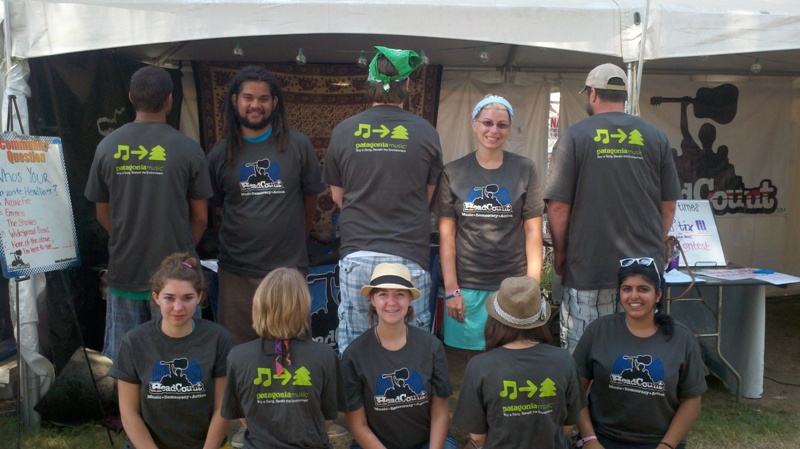 Tell me about SOLV, the organization that you’re supporting.

It’s like a volunteer thing. It’s mostly cleaning up water resources, watersheds and creeks and streams and stuff. Anybody can get involved in it and volunteer for the different crews that do the projects. A lot of it is picking up trash or cleaning out different areas that, for whatever reason, have gotten damaged or trampled on by humans. Yeah, it’s a cool thing. They have tons of projects.

I’d imagine that as a Portland-based artist, the environment and beautiful surroundings must inspire creativity. Do they?

Yeah, I think it does. I mean, there’s definitely a lot of rain and bad weather here. But that bad weather is what makes it so green and so lush here. So it’s kind of the good and the bad. It’s sort of an inspiring thing to live in. I moved here from Hawai'i so I don’t know much different myself.

I just read a past interview that you did about Furr and you were talking about one of the songs being about the economic chaos and America changing. Have, sort of, bigger-picture issues often affected your song writing? Is that in a lot of your work?

Yeah, occasionally. I think there’s a time in my life where it has been. I think it really depends what I’m thinking about, what I’m involved in.

What have you been thinking about lately?

I’ve been thinking a lot about this new record (American Goldwing, to be released Sept. 13th) and doing videos and working on that kind of thing. But a lot of the new record is sort of me remembering where I came from. A lot of the songs are about the town I grew up in – sort of the things that we did, the way things were, relationships I had. It’s a little more personal I think, not quite the big picture.

With kind Americana throwback music, folk-inspired music, there’s so much history there. How do you see your influences in a historical context in terms of music being something that inspired change?

I think music is pretty influential in every area of life. But I think a lot of times it’s on a level that we don’t really see, that is invisible. And whether it’s for good or for bad, I think it goes in both ways. All the music I grew up playing and listening to was a lot of old stuff: Dave Shelton and things like that. And those guys were working this in – our economy and a way of life that was pretty drastically different from what we have – but in certain ways it’s similar I guess. I mean those guys are all successful guys and they’re singing songs about work, and about mundane down-to-earth things that people cared about. And then they all used to sing about spiritual things that people cared about.

What issues are you paying attention to right now? What kind of stories on the news grab your attention?

I listen to the radio a lot. So for me, I guess, modern news likes to sort of focus on disaster-related things, what’s going on in Japan and Alabama. But I guess you can’t really help it, to see those things. But it’s interesting to see a lot of the help that goes – America helps people around the world so much. I mean probably more than most countries in the history of the world. I mean I give a lot of money to different organizations that help in disaster relief around the world. So for me I’m always kind of following different disasters and now I’m just paying attention to who’s helping out and who’s sending what aid and stuff. It’s just interesting to me.

Thanks to Andy and HeadCount for all their help this summer. Check out the HeadCount blog and their website for volunteer opportunities, upcoming concerts and, most importantly, voter registration.

Andy Bernstein is the Executive Director for HeadCount, a non-profit voter registration group he helped launch in 2004 with Marc Brownstein of The Disco Biscuits. Prior to creating HeadCount, Andy was a full-time journalist and the author of “The Pharmer’s Almanac,” a guide to the band Phish that sold over 70,000 copies.