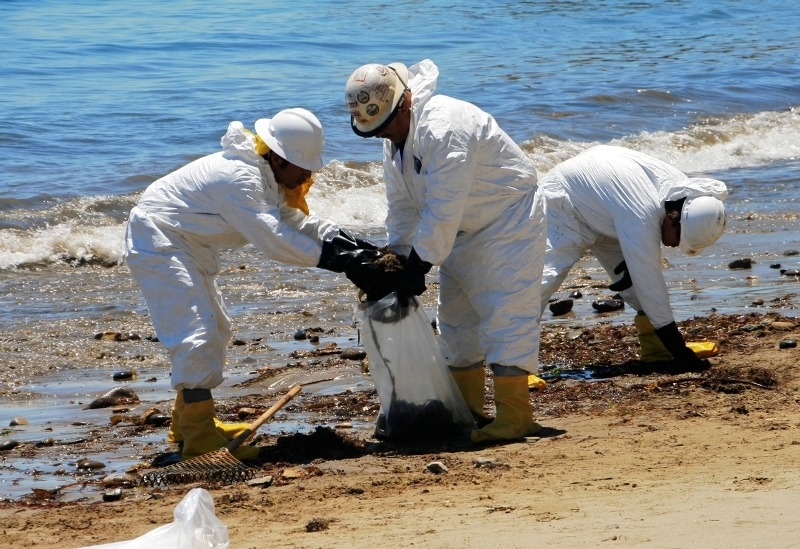 When the oil hit our pristine Santa Barbara beaches in 1969, I remember feeling shocked. We walked the beaches in a kind of haze, scraping up tar without HAZMAT suits or even gloves. The devastation was enormous and we were heartbroken.

Forty-five years later, Californians have made progress in protecting our coastline from further degradation at the hands of oil and gas extraction. The 1969 spill sparked the modern environmental movement, spurring major pieces of environmental legislation in the early 1970s and resulting in a lot of good work on this coast by local activists to fight off ecological threats.

But oil has lurched onto our beaches yet again, and no one can claim to be shocked this time. We seem to have grown comfortable with lax oversight and shortcuts—even after the brutal BP oil spill in the Gulf of Mexico.

The community—surfers, residents, visitors and businesses—are angry, and rightfully so. Clearly, not enough has changed.

And right now, even more offshore drilling is on the table as a result of a loophole in the California Coastal Sanctuary Act. Thankfully, a bill has been introduced to close this loophole and further protect our sensitive coastline from offshore drilling. Unless politicians make this critical change to the California Coastal Sanctuary Act, we may see more offshore oil and gas operations near Santa Barbara very soon.

Patagonia is dependent on fossil fuels and we must take more steps to gain energy from clean sources. But we also believe that environmental disasters can move society quickly in the right direction. Passing SB 788 would ensure that the Coastal Sanctuary Act and Marine Life Protection Act are able to provide protection for sensitive coastal resources and stop new offshore extraction

We must also keep working toward a clean energy future, which will require politicians, businesses, non-profit organizations and our communities working together to reduce our dependence on fossil fuels.

We also urge you to consider supporting the local non-profit groups working day and night on the oil spill response. They’re with government agencies on cleanup activities, holding Plains All-American accountable for this tragedy, and starting to plan restoration efforts for marine wildlife, critical habitat and coastal recreation areas.

For years, Patagonia has supported these local grassroots groups financially and through volunteer programs—and since there are limited volunteer opportunities right now, we encourage you to check out their websites and consider helping them as well:

And nationally, on this issue, Surfrider works to protect our oceans, waves and beaches through a powerful grassroots activist network.

Let’s take action in the face of this tragedy. You can help close offshore drilling loopholes and protect our coast from future oil spills. 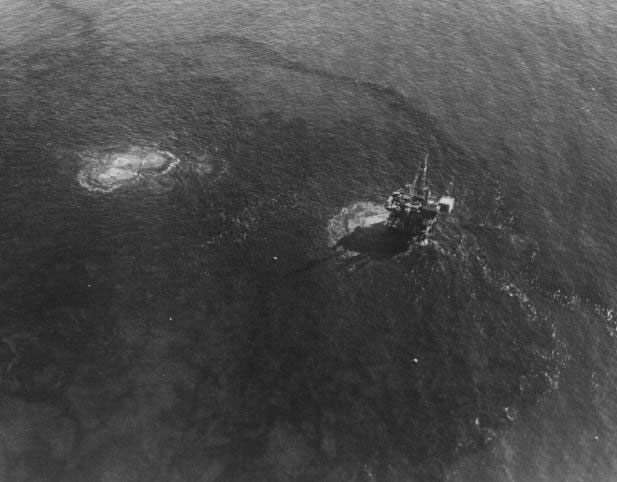 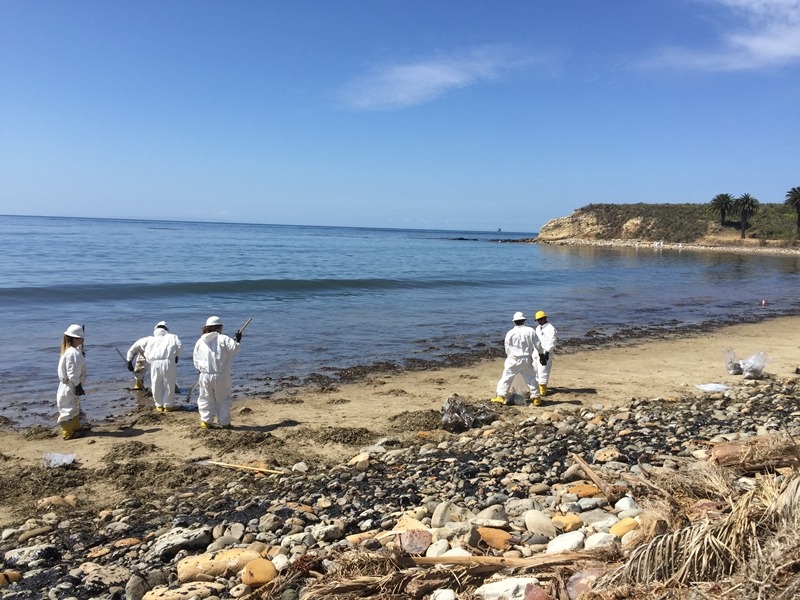 On May 19, 2015, history repeated itself when an oil pipeline ruptured near the beach in Santa Barbara County. Photo: Photo: Maggie Hall/EDC 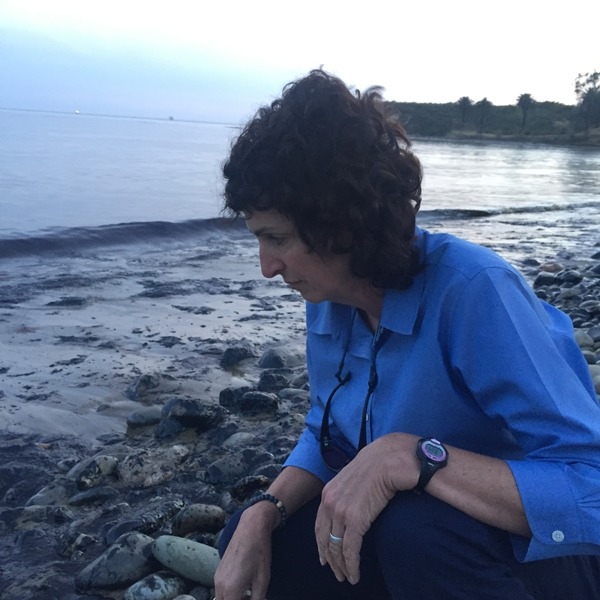 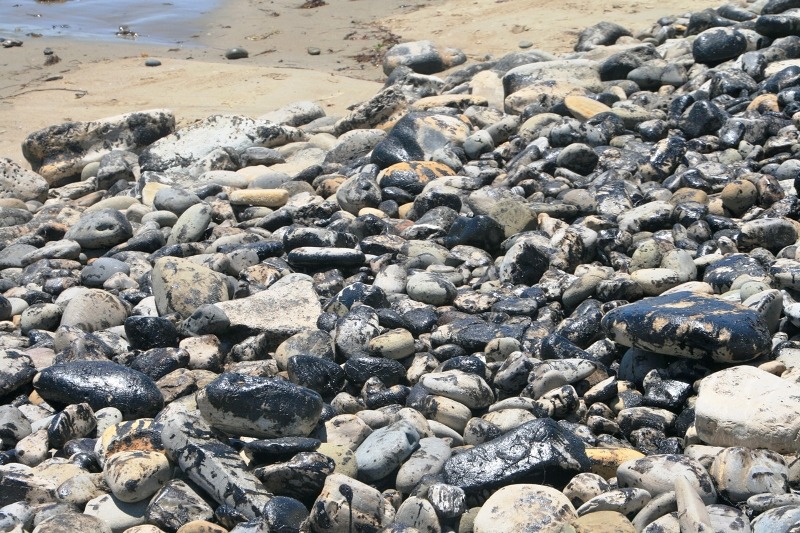 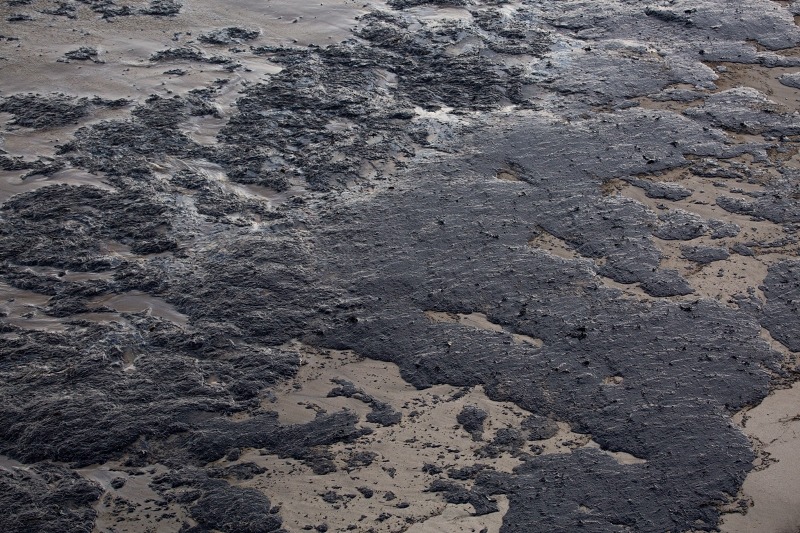 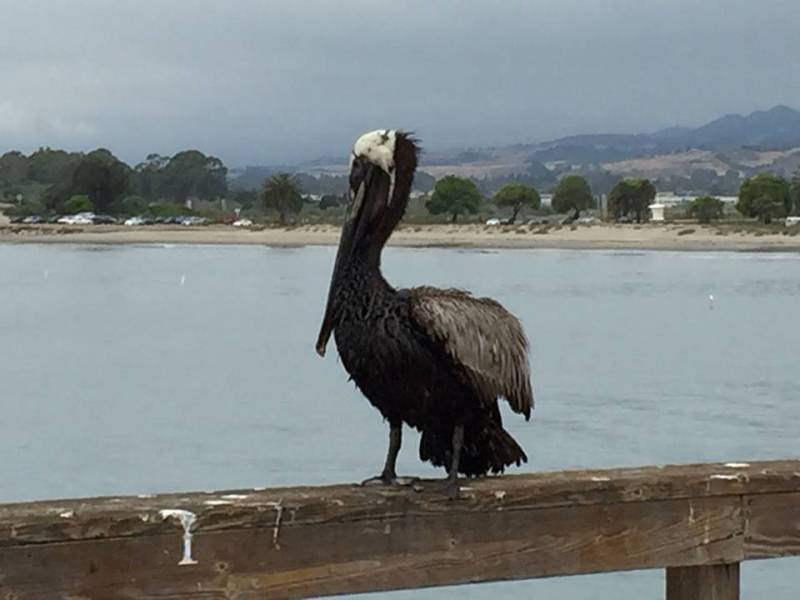 This oiled brown pelican was spotted resting at Goleta Beach Pier the morning of May 26th. Reminder: If you see an oiled or injured bird in the area, please call 877-823-6926 so a trained professional can properly assist the animal. Photo: Gail Osherenko 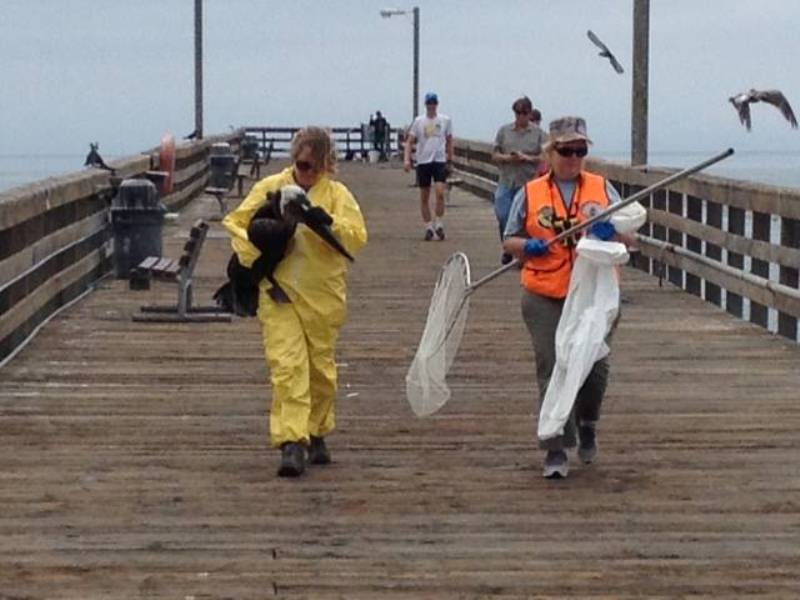 The pelican was rescued and taken to the Wildlife Care Network’s facility to be cleaned up. Photo: Gail Osherenko 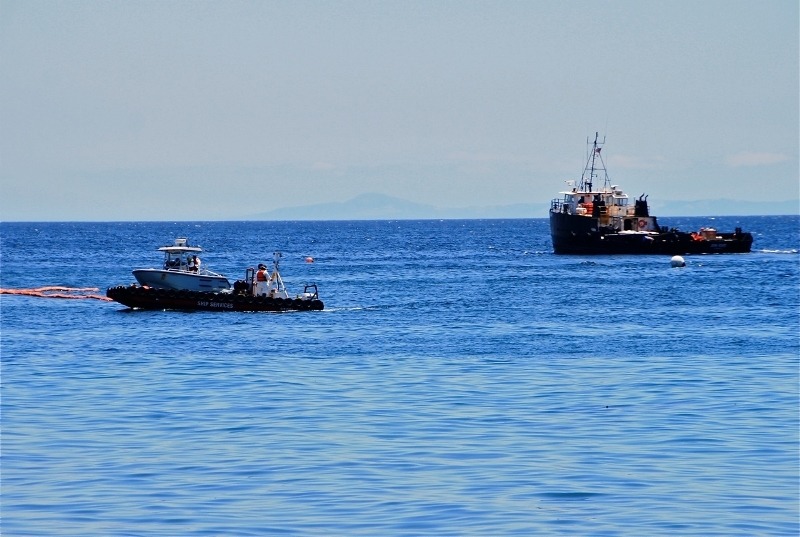 Offshore crews lay oil booms in an attempt to trap the surface oil. According to the LA Times, an estimated 105,000 gallons were spilled, tens of thousands of which could have gone into the ocean. Photo: Linda Krop/EDC 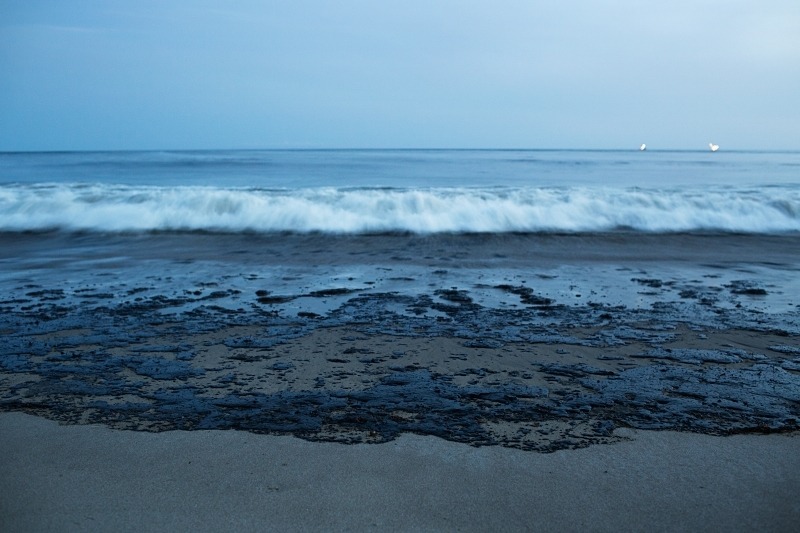 Offshore oil rigs illuminate the horizon while oil washes up onto the beach. Photo: Erin Feinblatt 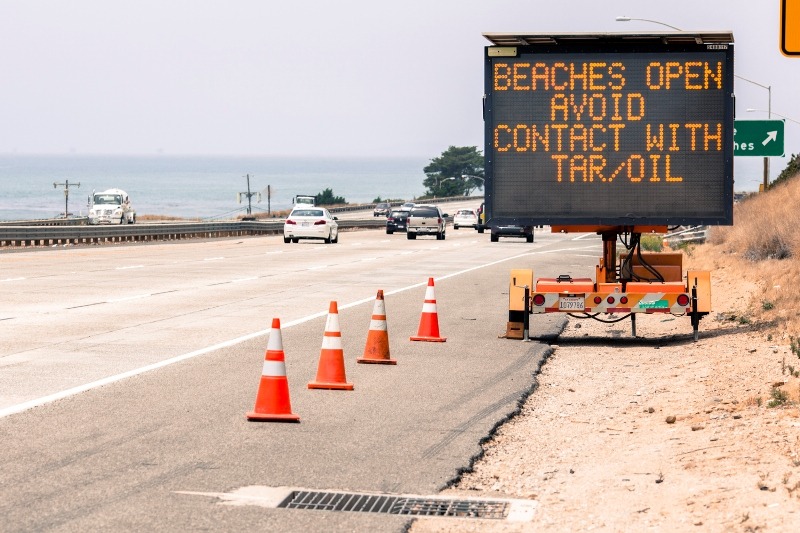 Further south, in Ventura, beachgoers are greeted with this sign before exiting the 101 freeway just north of Patagonia HQ. Photo: Tim Davis