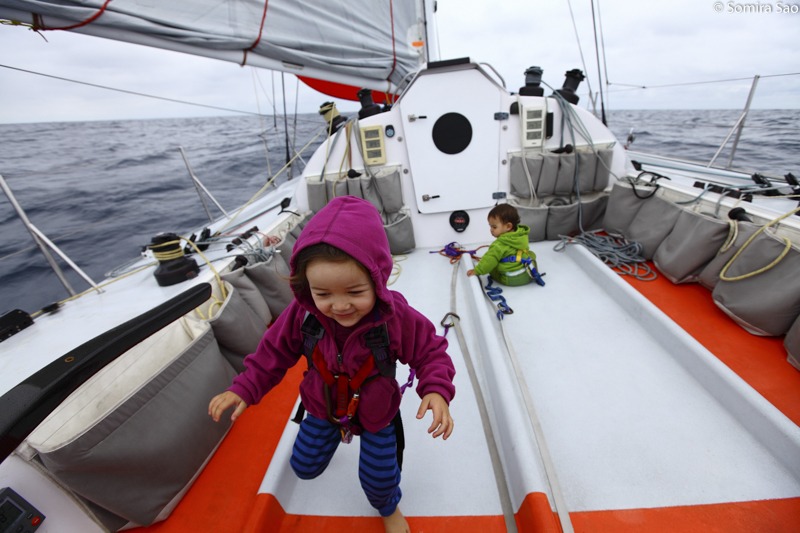 One of the primary reasons my husband James and I have gone sailing with our three kids (now ages 7, 5 and 2) has been to give them the gift of experiencing life in the wilderness. For those who decide to disconnect from the masses—whether it be at sea, in the mountains, river, surf or wherever your preferred environment is—choosing to connect with nature comes with its personal rewards.

For the past four years we have sailed over 25,000 ocean miles as a family and lived full-time aboard our 40-foot sailboat Anasazi Girl. Our trade-wind routes have taken us across the North Atlantic, Equator and South Atlantic. We have rounded the Cape of Good Hope, Cape Leeuwin and Cape Reinga via the South Indian Ocean, Great Australian Bight, Tasman Sea and South Pacific.

Above: Tormentina (3) and her brother Raivo (9 months) on their first offshore passage from Maine to France. North Atlantic (July 2011). All photos: Somira Sao

We are long-distance sailors, not coastal cruisers. Our voyages average between 4-6,000 nautical-mile legs at a time and last 20-30 days non-stop. Half of our sailing passages as a family have been below the latitude of 40°S. They have also taken place while my two oldest kids were under age 4 and for me while pregnant with our third child. 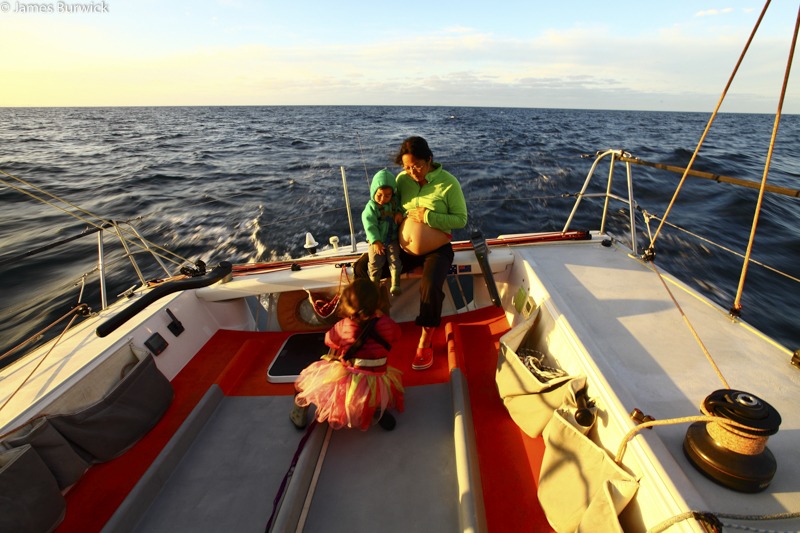 On a long-distance passage, what we are seeking lies somewhere between leaving port and making landfall. It is a very special place and period of time when we let go of the familiarity of being on land and we became really in tune with living offshore. In this space and time, we are alone in the big open blue, together as a family, and deep within “the place of dreams.” 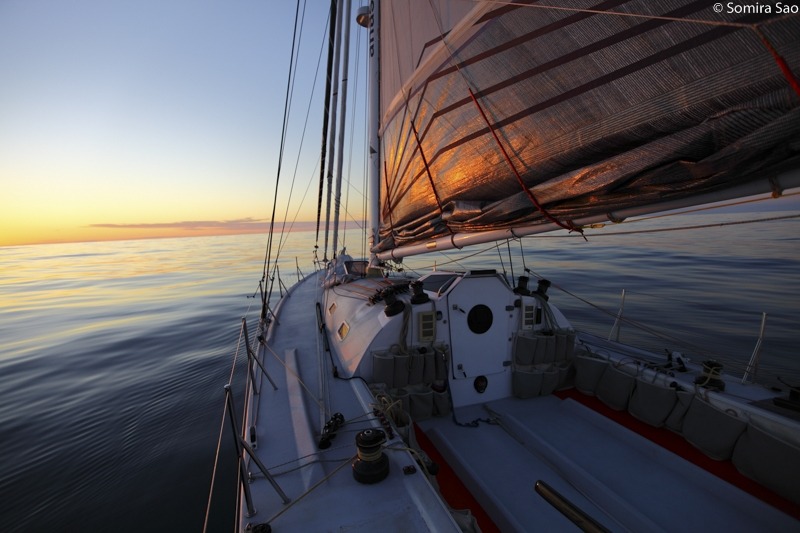 In this realm the sweetness of fresh water and value of the simplest food are incomparable. Gone are the distractions of money, work, outside stimuli and social dramas. What remains for us is an ease of clarity to observe the daily miraculous happenings in nature. With sharpened eyes, we see more details in everything, including ocean wildlife, the constant changing states of the sea, sky, wind and the reliable rituals of the sun, moon and stars. With heightened senses we become more sensitive not only to our surroundings, but also to each other. Here we are given real perspective about our place, size and power in the world. 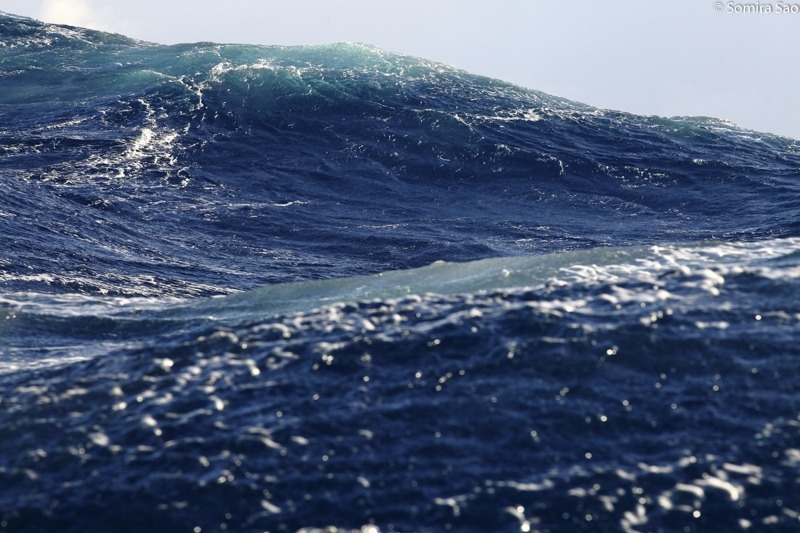 Our simple goal of getting from one point to another may seem a straightforward task, but the elements of nature do not always allow an easy passage. Being at sea can be intensely trying and challenging. However, when conditions come together just right, then we experience that splendid moment when we have the power to carve our desired lines across the ocean. When we find this perfect combination of wind and seas we try to ride it as far as we possibly can. 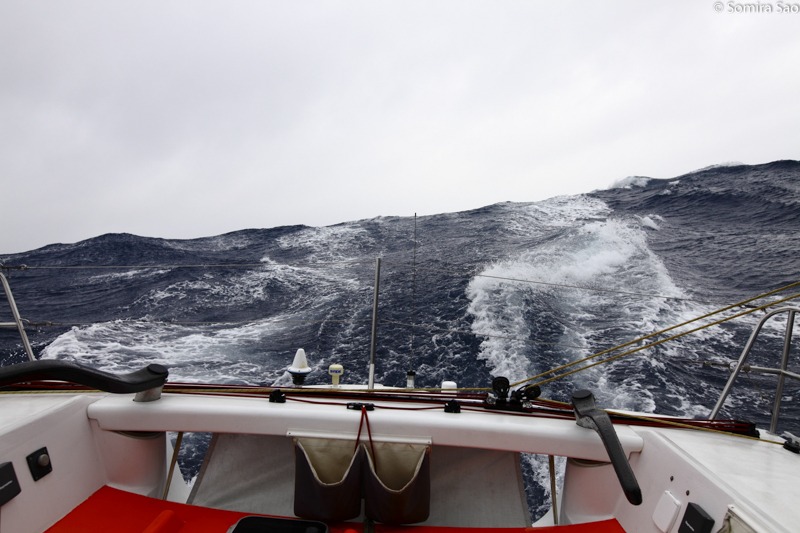 Perfect conditions for Anasazi Girl to make several turns on the face of one wave. Southern Ocean (March 2014).

Our voyages have taken us to places on the ocean where very few people get to go. In the higher latitudes of the Southern Ocean, where population is sparse, we have experienced true wilderness. In these waters we have seen the least amount of pollution and evidence of human presence. With this comes the beauty of clean air, water and the opportunity to be in one of the most pristine places on the planet. Here we glimpse an arena usually reserved as the playground and kingdom of the whales and albatross.

Finding our wilderness is something we believe is worth managing risk and working hard for. This is why we take our kids sailing. 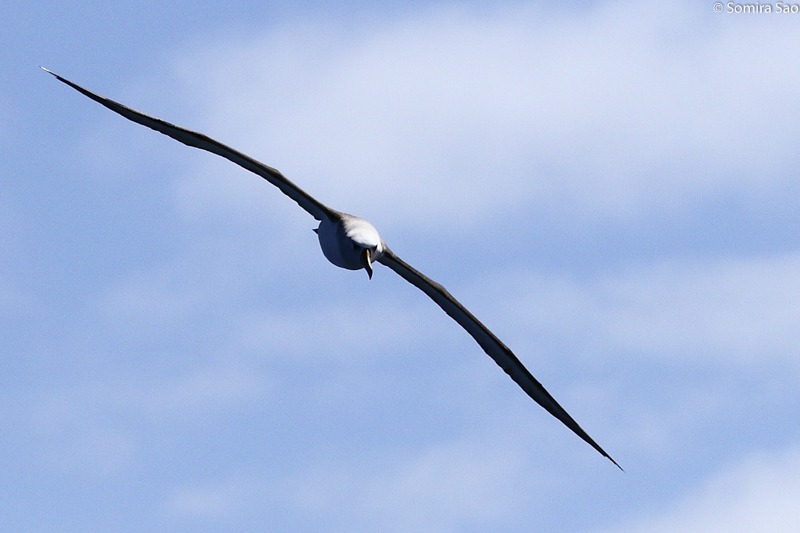 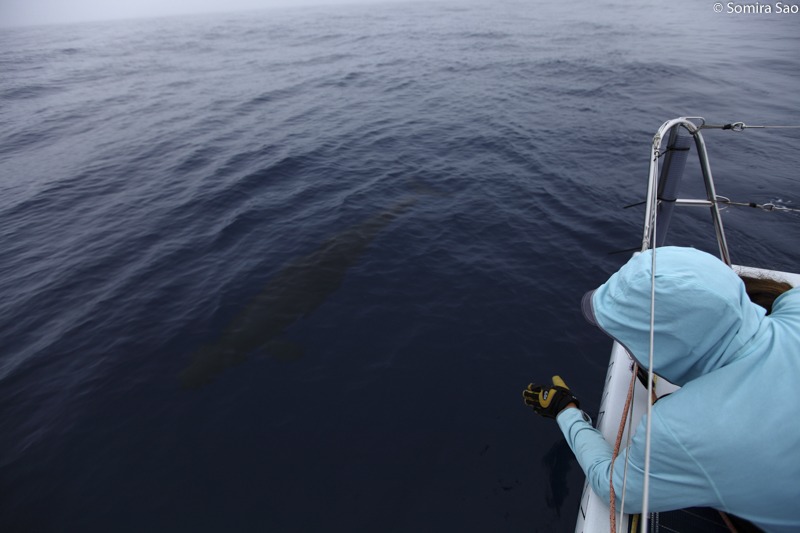 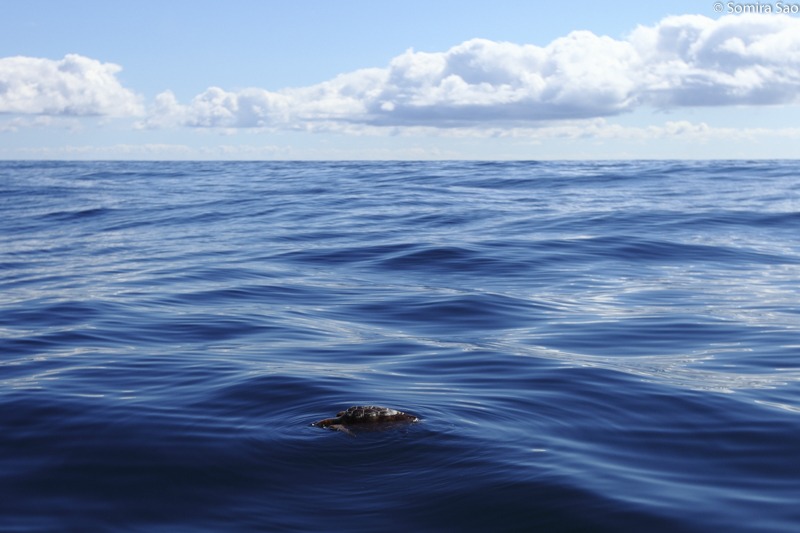 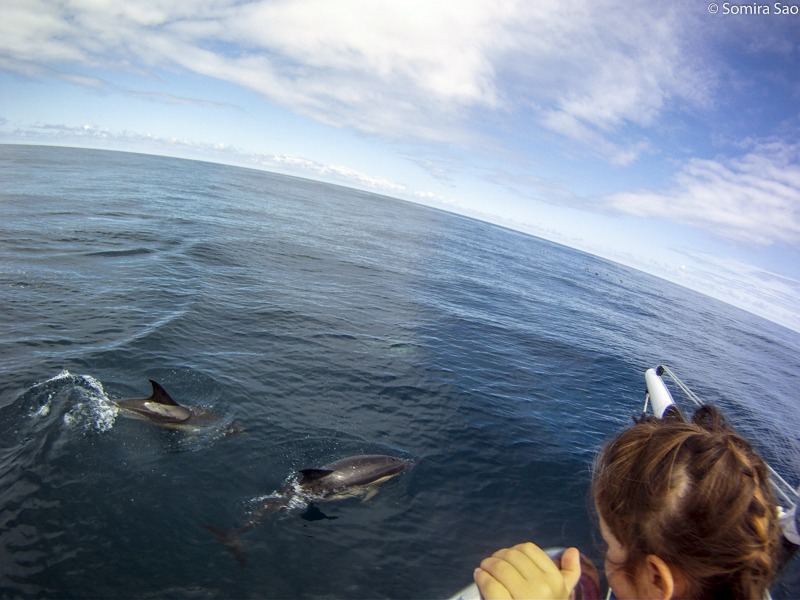 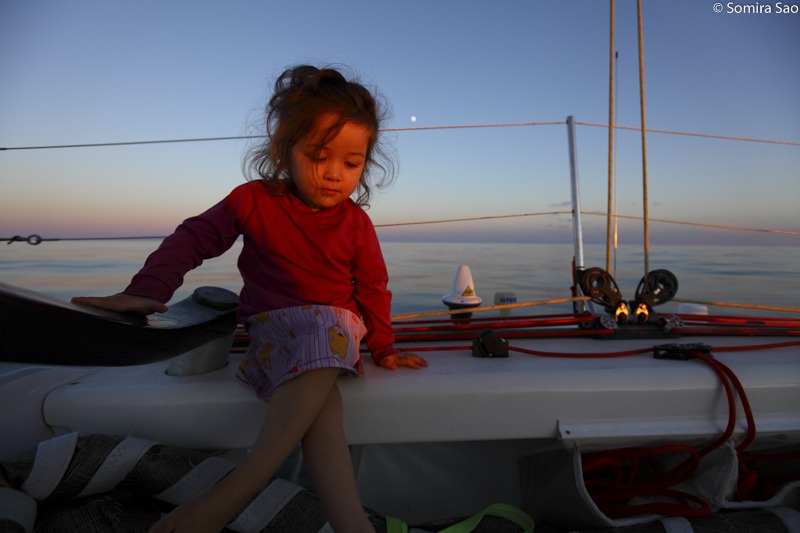 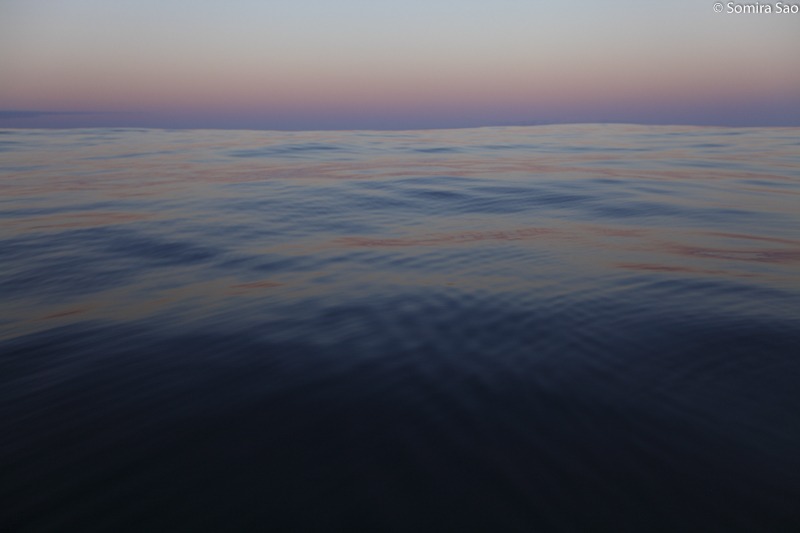 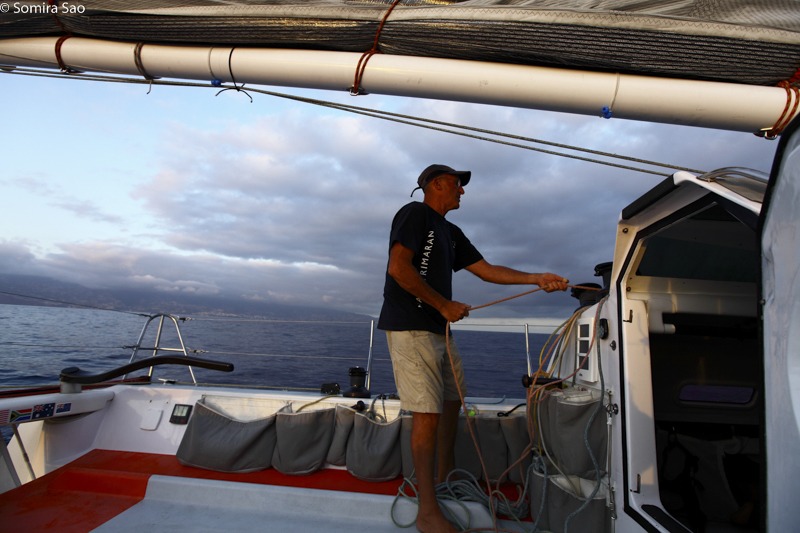 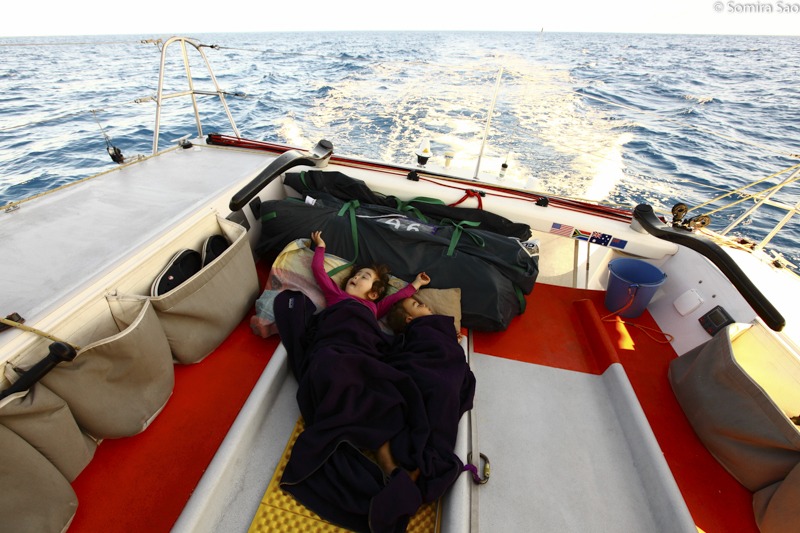 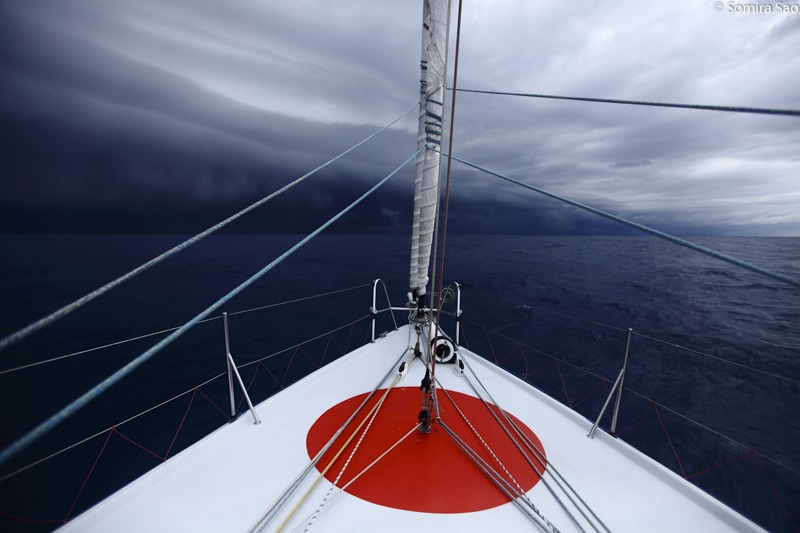 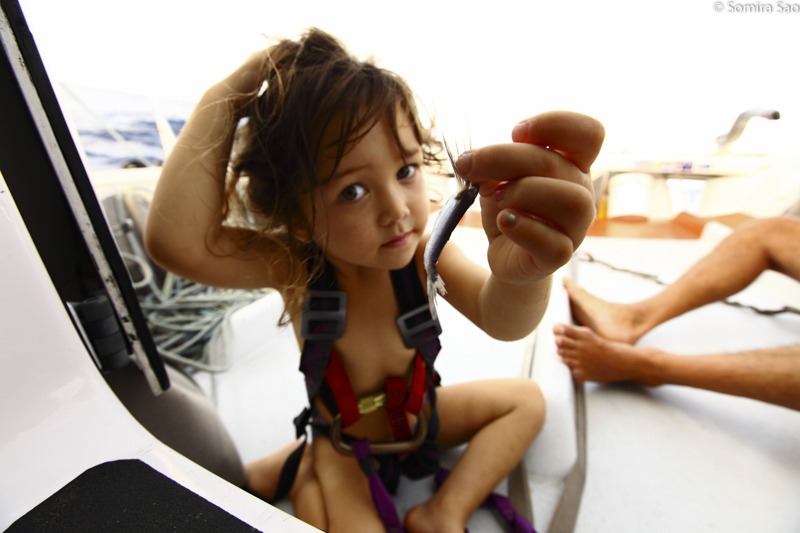 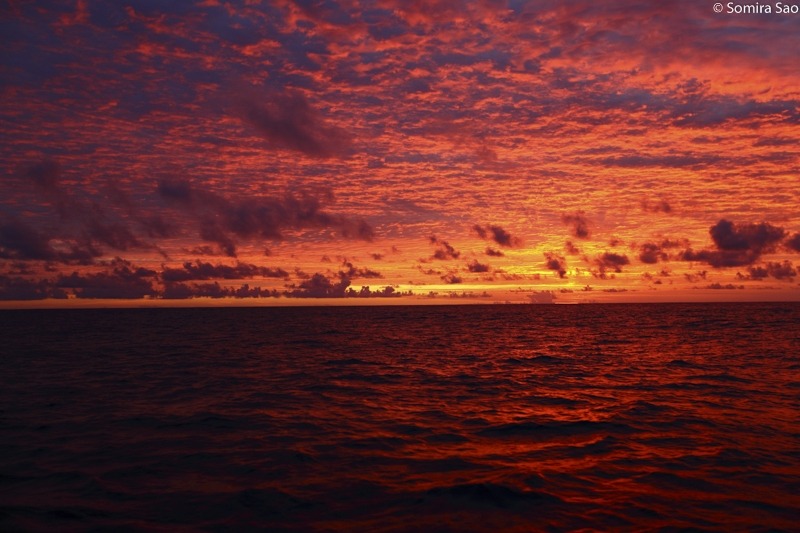 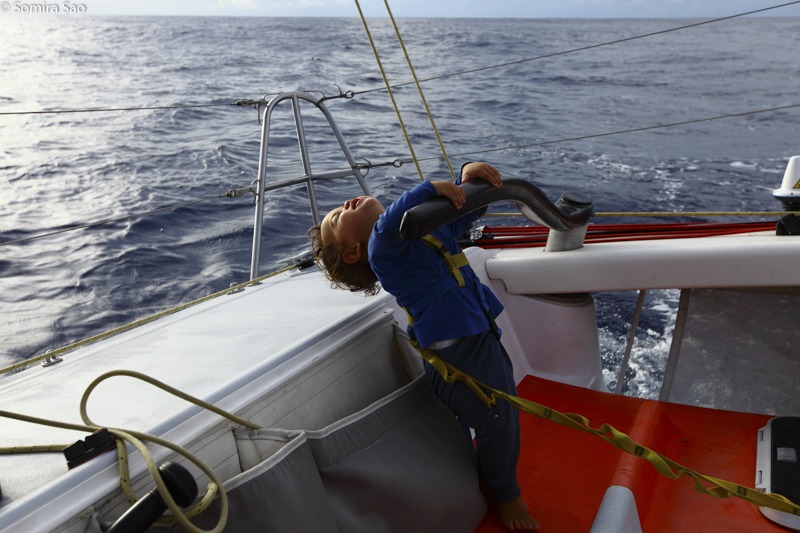 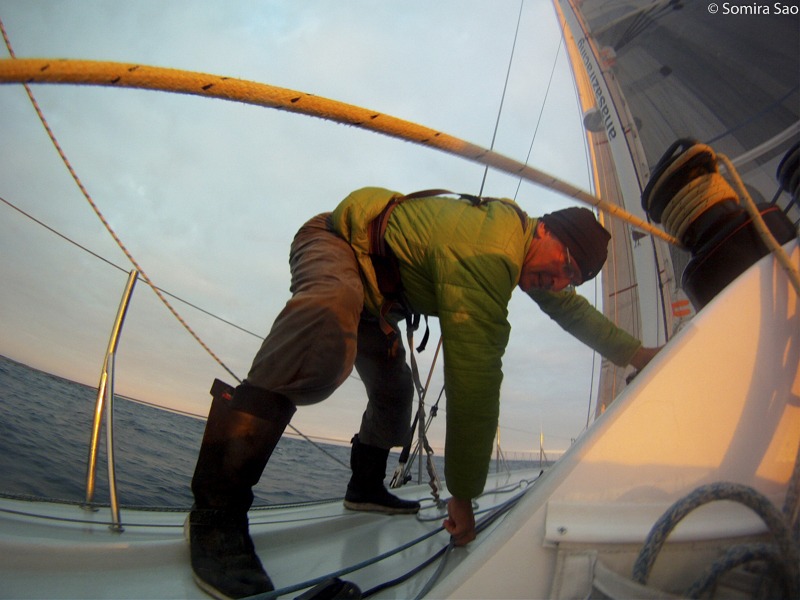 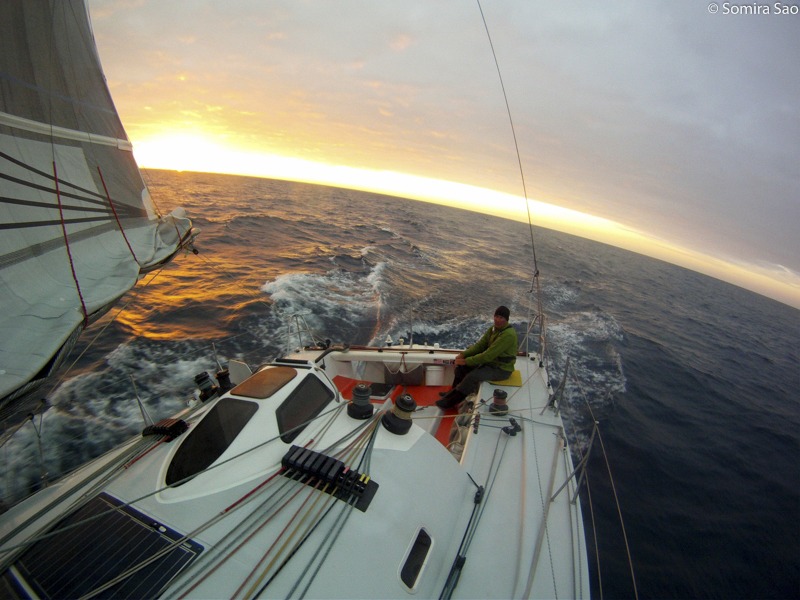 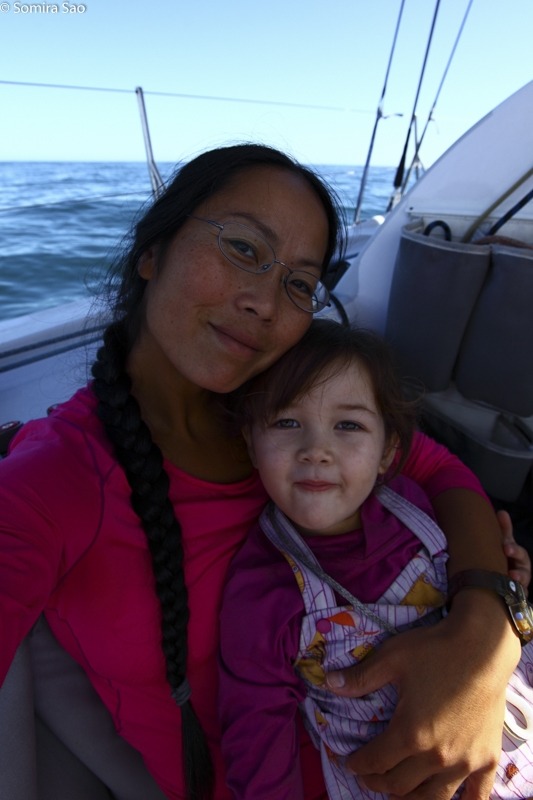 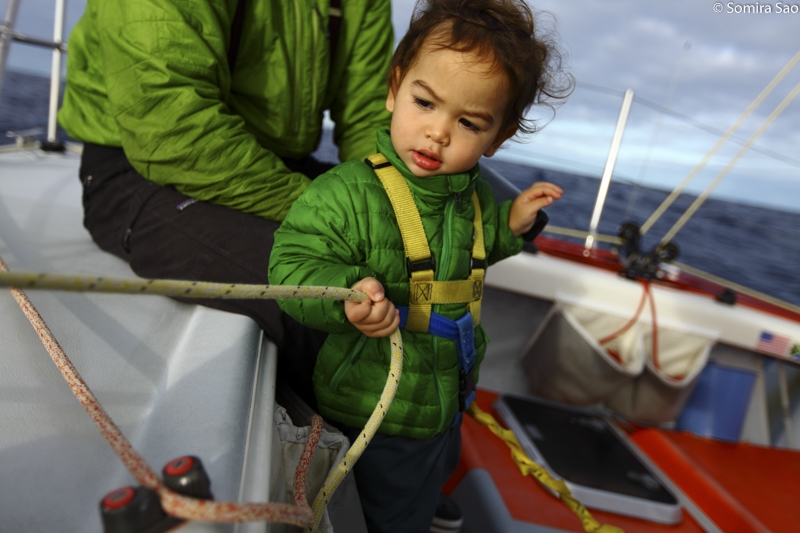 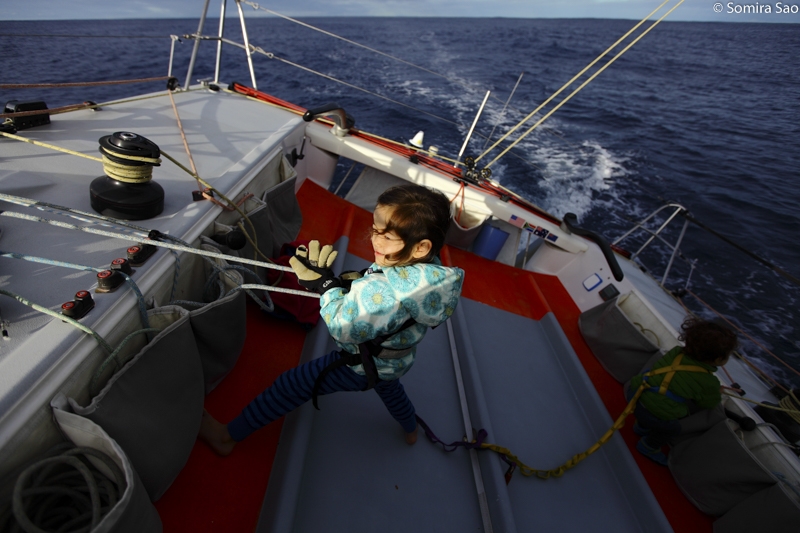 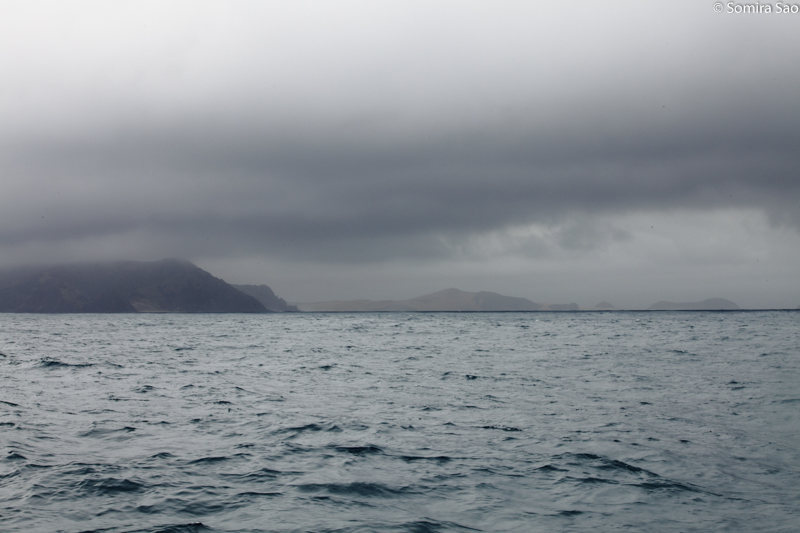 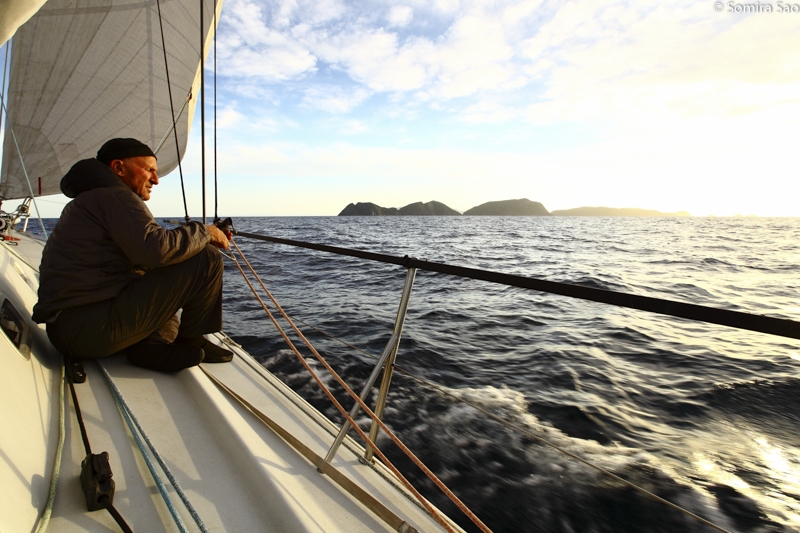 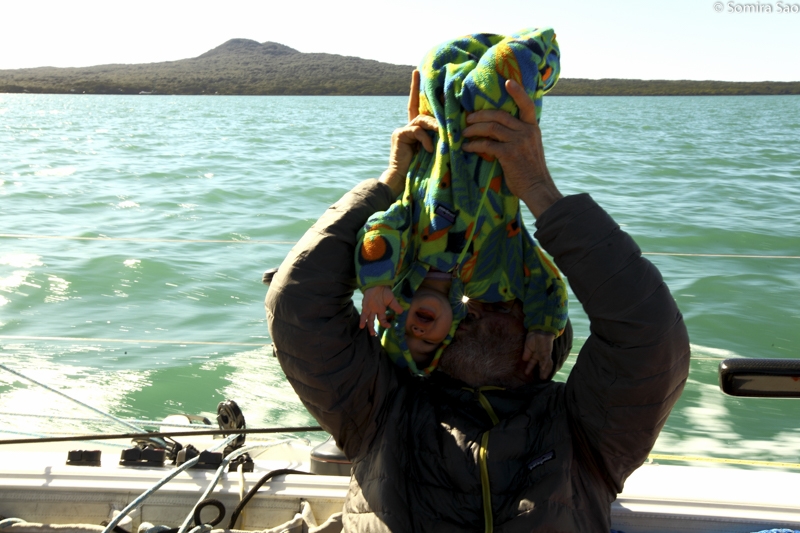 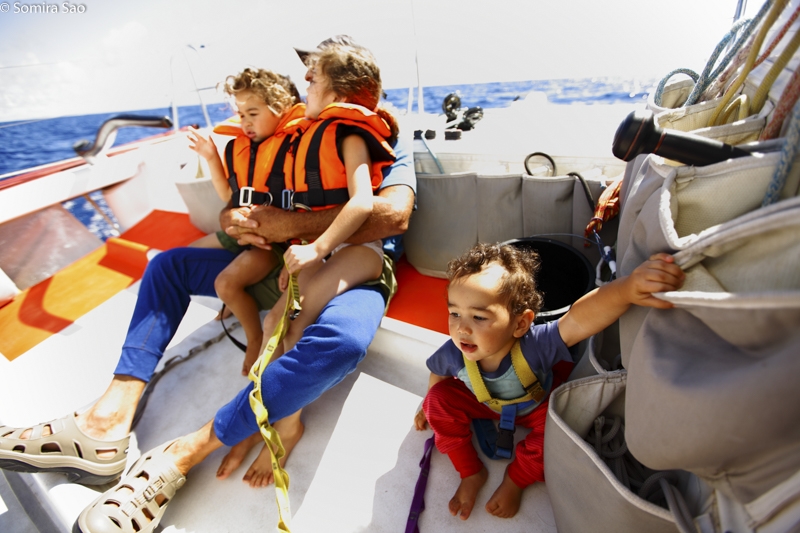 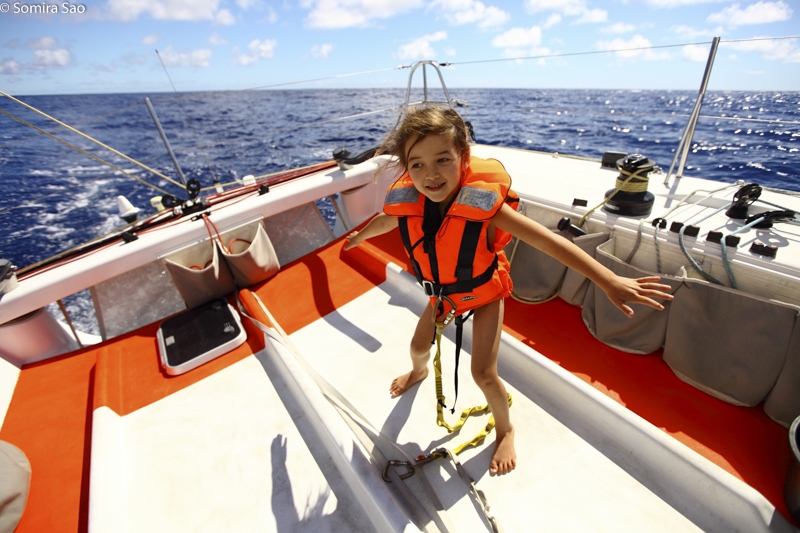 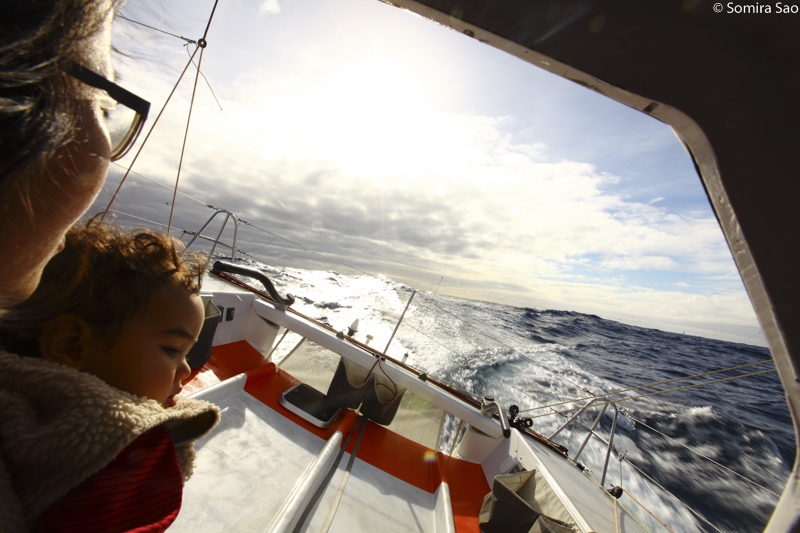 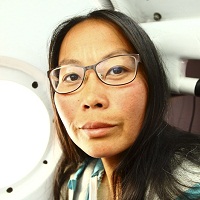 Somira is a Cambodian refugee, professional photographer, writer, wife and mother of six children. She has circumnavigated the world by sailboat, given birth in four different countries, bike-packed, horse-packed and descended rivers with her family. Traveling for the last 16 years, they have lived in tents, vans and sailboats. They are now sailing on a 50-foot Bosgraaf trimaran called Thunderbird.