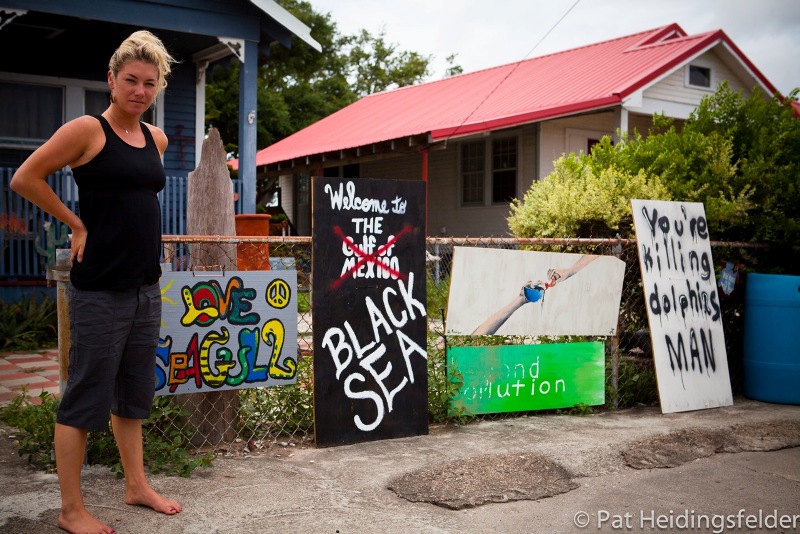 Every minute passing means more beaches are covered in brown oily tar balls. Weather and winds fluctuate in all directions, pushing crude oil into new areas of fresh white sand beaches, covering sea animals, rivers and marshes. Fish are dying; crabs are now toxic, and mammals slowly are being poisoned. Three days ago today, the beach that I spent watching beautiful fireworks explode into the sky, is now spotted with tar, endless miles of boom and BP scouring the beach. The same beach I listened to families cheering and kids running around happily in celebration of our country's independence is the mirror opposite of the evening of July 4, 2010. The feeling of independence in the southern states has now vanished.

I don't even live in the Gulf and my mind was consumed minute after
minute with mind-boggling questions. What is completely unsettling is
one beach remains wide open with people swimming, while 100 feet away
another beach is closed. Is this not the same ocean water? Isn't it
the same air we are breathing from one beach to another so close by?
Who is in charge down here? What is our government doing to stop this?

One can only imagine how the fisherman, business owners and avid beach lovers are feeling. You honestly have no idea until you see it with your own eyes and hear the stories with your own ears what is really happening with this tragedy.

Gulf Port fisherman, Skipper Tom, put a lot in perspective for our crew. We were fortunate to sit with him for a morning as he explained what is honestly happening to the fisherman in the Gulf. “We don’t know where our future is. People have no clue about the magnitude of this spill and the effects it will have,” said Tom. “My son was going to take over my business in a few years and now I don’t think he can. I wanted to teach my grandson to fish and I don’t even know if that is possible for the future. It’s sad to think we know more about our universe than our oceans. I have over $145,000 in my boat with my credentials. Overnight, I have nothing.”

What seems to be common amongst people here is aggravation about the communication with BP. The hired BP workers are unfamiliar with the local waters they are paid to look after. Skipper John explains in disgust, “These BP officials don’t know how to read swells, buoys or weather reports. They are hiring men for the Vessels of Opportunity program who can barely drive a boat. We have local fisherman who have been denied getting on this program that need the work.”

Skipper John is just one of the thousands of affected people we spoke with. 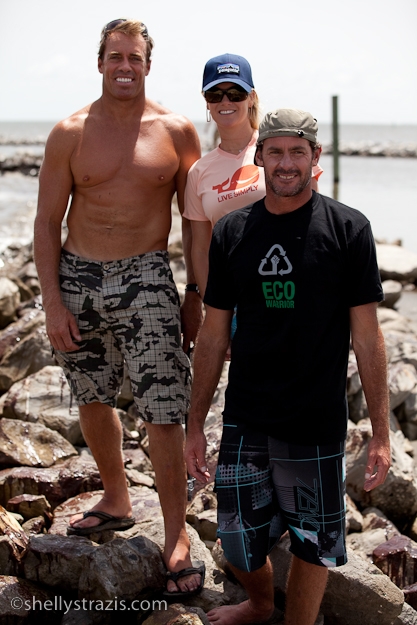 Just as the South’s economy was on the rise, they have been hit with yet another disaster. Strange how our nation’s economic downfall and this oil spill are both man-made catastrophes. At least Katrina was a natural disaster where one could rebuild the physical elements of their life that were lost. At this point in time, the future is entirely unknown.

So who is to blame in this situation? We easily point fingers at BP, our government and towards other people. The reality is, we are all to blame. It is time to stop blaming others and take matters into our own hands. We need to make changes to protect our Mother Earth, changes for this current generation and, most importantly, the future generations to come. My heart goes out to everyone affected by this tragedy.

For more on this trip, visit Mary Osborne's Surfing Adventures and Project Save Our Surf. To learn about Patagonia's efforts in the region, see our Gulf Crisis Response.

[With thanks to Pat Heidingsfelder for all his hard work and for guiding the team during their visit.]