Patagonia is one of the few precious places on the planet where the array of natural beauty still defies human imagination. You are forced to think of new adjectives to describe the dramatic backdrop of snow-capped mountains and the glaciers that stand juxtaposed with green rolling hills and sheer rock faces. And through all of this flow the beguiling blues and greens of Patagonia’s largest and most powerful rivers – the Baker and the Pascua. As you stand by the side of the Baker River, the roar of the current drowns out any other sounds and the pulse of the river consumes you and transports you. It is a place unlike any other I have experienced.

The campaign to protect Patagonia – and specifically the mighty rivers of the region – has become the largest environmental struggle in the country’s history. Chileans have shown their opposition to HidroAysén by taking to the streets in the thousands. Most recently – as you see in Q’s film above – in response to a Supreme Court ruling in April 2012 in favor of HidroAysén, and before this in the lead-up to and after-math of the approval of the project’s Environmental Impact Assessment (EIA) in 2011.

The public outcry against the project has also spread internationally. In response to the EIA approval in May 2011, it was incredible to see hundreds of people gathered in front of the Eiffel Tower with signs that read “Paris contra HidroAysén” (Paris against HidroAysén), beside the Brandenburg Gate in Berlin chanting “Patagonia Sin Represas” (Patagonia without Dams) and outside the Chilean Consulate in San Francisco, as part of an International day of action in solidarity with Chile. 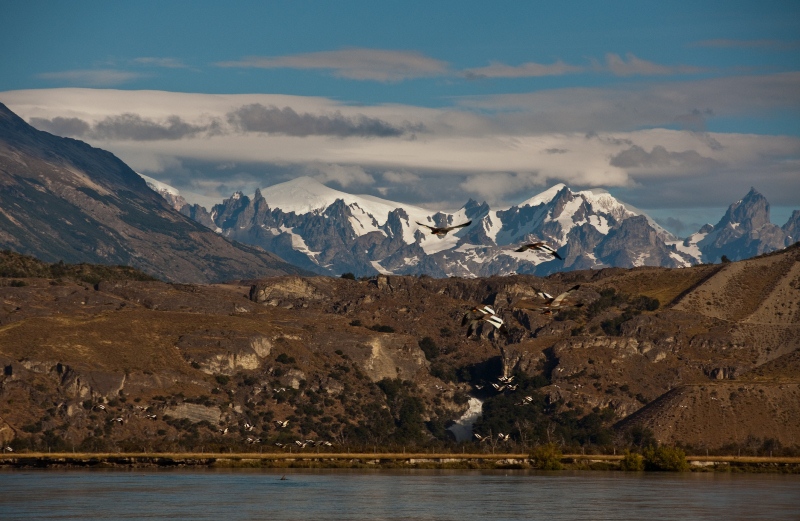 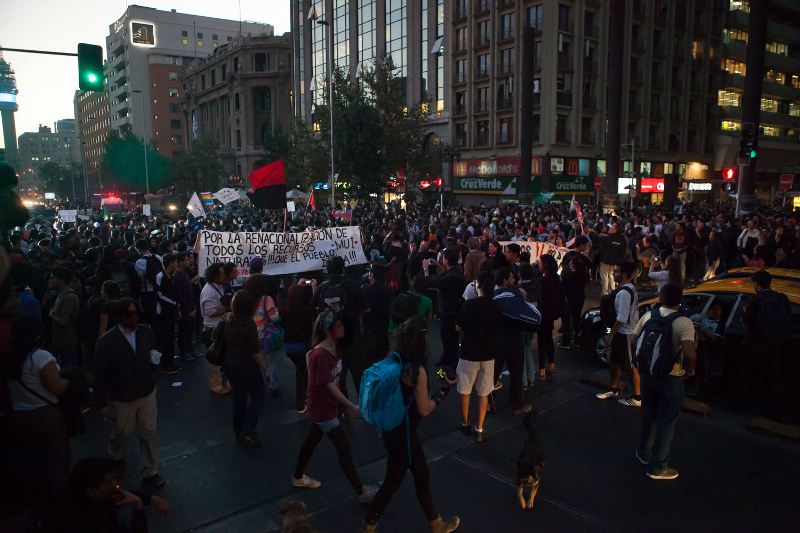 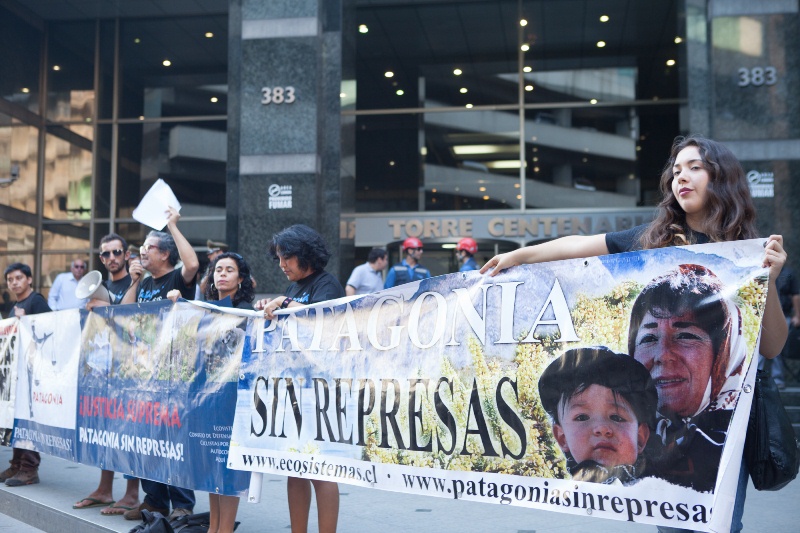 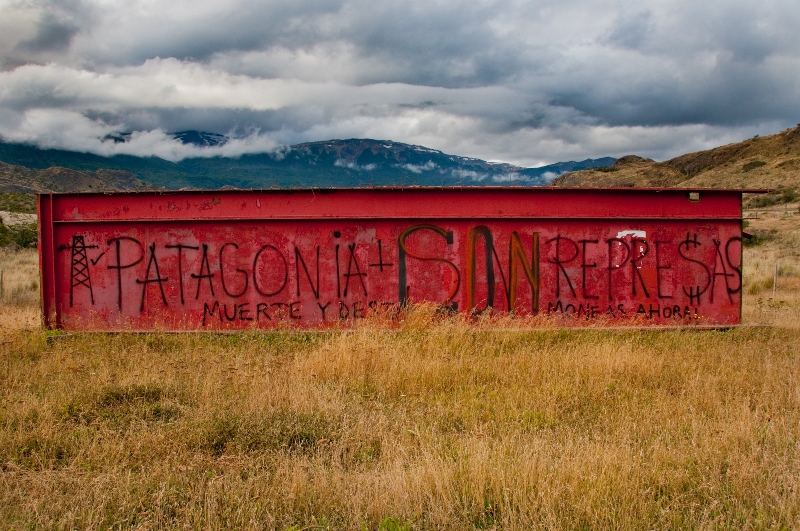 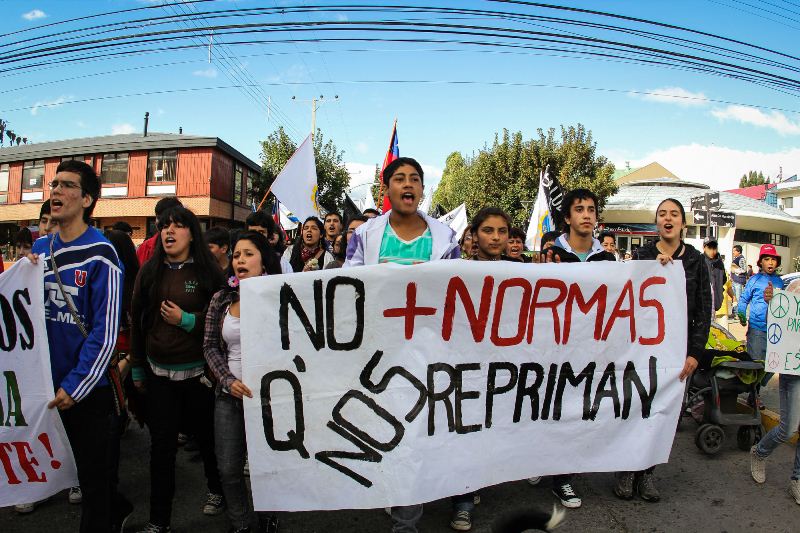 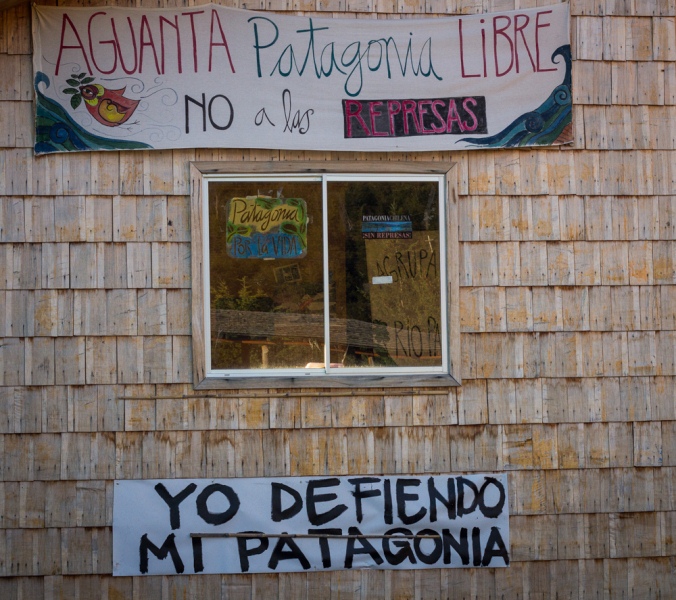 The controversy surrounding the beleaguered project has even prompted the companies involved to speak out. In May 2012, Colbún – 49% owner of HidroAysén – indefinitely delayed submission of the EIA for the project’s transmission line due to a lack of political agreement within Chile around energy development. In March 2013, the head of Italian energy company Enel – 51% stakeholder in HidroAysén – made a statement saying that the company would only remain committed to the venture as long as it has the support of both local and national government.

Take action now to urge Colbún and Enel to drop the destructive HidroAysén project and invest in a better energy future for Chile.

HidroAysén will be central to this year’s presidential elections in November. This month the Patagonia Defense Council launched a “Vota Sin Represas” (Vote no Dams) campaign, which calls for legislators, congressional and presidential candidates to formally pledge their commitment to keep Patagonia free of dams before this year’s elections.

Whoever is elected has the opportunity to finally listen to the majority of Chileans who have said “no” to HidroAysén, and instead lead Chile towards a new energy future – one that takes advantage of the country’s wealth of clean energy resources and protects the unique and rich environment of Patagonia.

Kate Ross leads International Rivers’ involvement in the campaign to stop dams in Chilean Patagonia as a member of the Patagonia Defense Council, a coalition of more than 70 organizations in Chile and internationally fighting the proposed dams on the Baker and Pascua Rivers. For more than 25 years International Rivers has been at the heart of the global struggle to protect rivers and the rights of people who depend on them. In February 2013 International Rivers won the prestigious MacArthur Award for Creative and Effective Institutions.