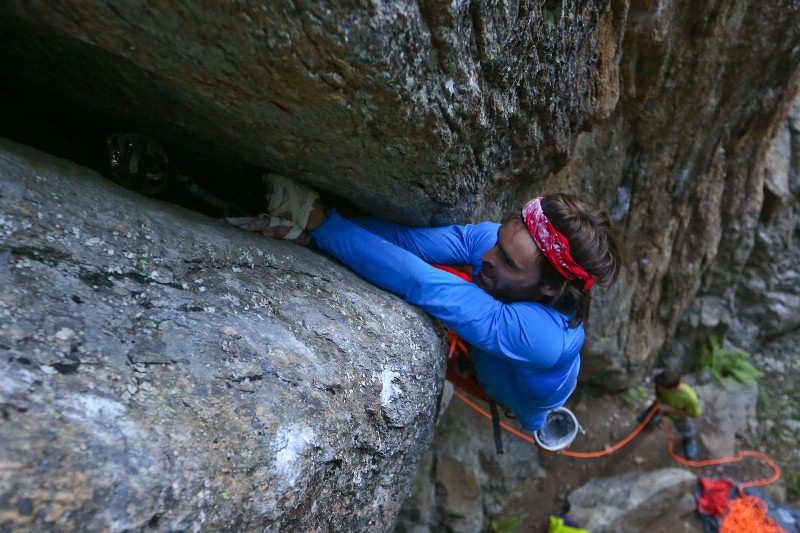 “Climb it for me!” he yelled as I walked out of the hospital room.

I gladly would if I could, I thought to myself, but this one might just be too hard. I can’t make any promises.

A few days earlier, after a nice enjoyable day of climbing, we were heading back to my friend Sasha’s house to cook up some grub. He was on his motorbike, I was driving his van. Life was sweet. In a split second everything changed. An old man came out from a side road and didn’t see the motorbike coming.

We had some good adventures lined up for the week, but now Sasha was going to spend the next few months without the use of his arms and left leg. Despite this huge setback it was inspiring to see his conviction to fight his way back to good health—a true warrior.

While he sat in a hospital bed, I was going back for a Thai Boxing match in which I had been knocked out the day before.

The notorious offwidth Thai Boxing in Buet, near Chamonix, looks easy enough from the ground. It’s such an obvious feature: a wide, slanting, slightly overhanging crack, too wide to jam a fist but not wide enough to get your hips in and climb it as a squeeze chimney. Offwidth climbing requires a specific arsenal of techniques and its own type of physical effort. Thai Boxing is considered to be one of the hardest offwidths in Europe.

The first time I tried it I couldn’t move my body upward no matter how hard I tried. I was slammed into the ropes, knocked to the canvas. I returned to the ground without even reaching the anchor, my ego crushed. I love these sorts of setbacks. They’re humbling; they put me right back to square one; they expand my reference point; they force me to open up, to be a beginner again. Even my climbing partner for the day and good friend, Mason Earl, who has a good bit more offwidth experience than I do—and from whom, in the past, I had already learned an awful lot about offwidth climbing—even he received a proper beating on his first go. 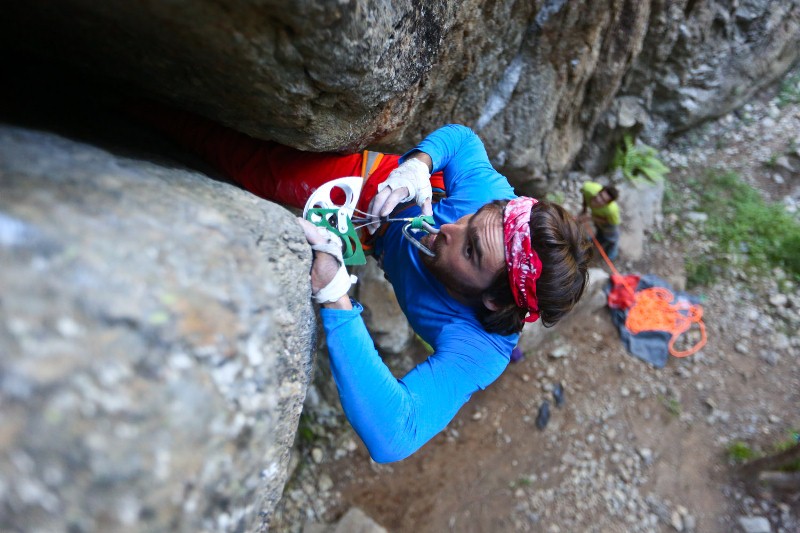 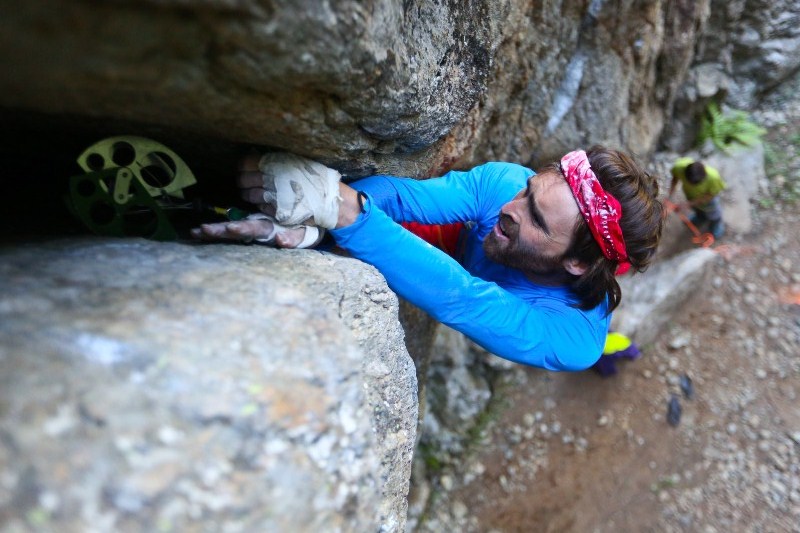 The route was first climbed by American offwidth specialist Craig Lueben, inventor of the Big Bro expanding chock cube for protecting wide cracks. He rated it 5.12c (French 7b+). Then it was repeated by strong British climber Stevie Haston who says he finds it harder than the bolted 8a on the same crag.

A few years later, some French locals, who thought it had never been climbed, bolted it, and a French grade up to 8b+ (5.14a) was mentioned. “I can only imagine the insane gastoning that must be going on,” Craig Lueben stated in an interview. It’s hard to speak Chinese when you don’t know any Chinese words.

In 2010, offwidth maestros Pete Whittaker and Tom Randall repeated the route on gear, and chopped the bolts bringing it back to its original grandeur. They say it might be harder than the reference route, Belly Full of Bad Berries (5.13a), in Indian Creek. Numbers are only numbers.

Eighteen-year-old French sport climber Enzo Oddo did an impressive ascent of the route in 2013, climbing it on his second go! Well, this is coming from a kid who climbed Biographie (9a+) when he was 15. But offwidth climbing is so different from sport climbing, this just shows how well rounded he is. On his first try, he quickly noticed that he wasn’t wearing the right shoes for this sort of jamming. So he lowered down, got straight back on with a different pair of shoes, and sent!

When I returned for my rematch, I was willing to learn but prepared to accept another beating. The first few attempts I didn’t feel much. I wasn’t making any progress and my whole body felt like jelly. Then I thought of my pal who was suffering in pain. He had a bad reaction to the medication and could no longer take any morphine.

What a total shit situation! In a split second it could happen to any of us. These sorts of misfortunes really make me realize how fortunate we are to be in good health, and the importance of enjoying every moment and to love life. 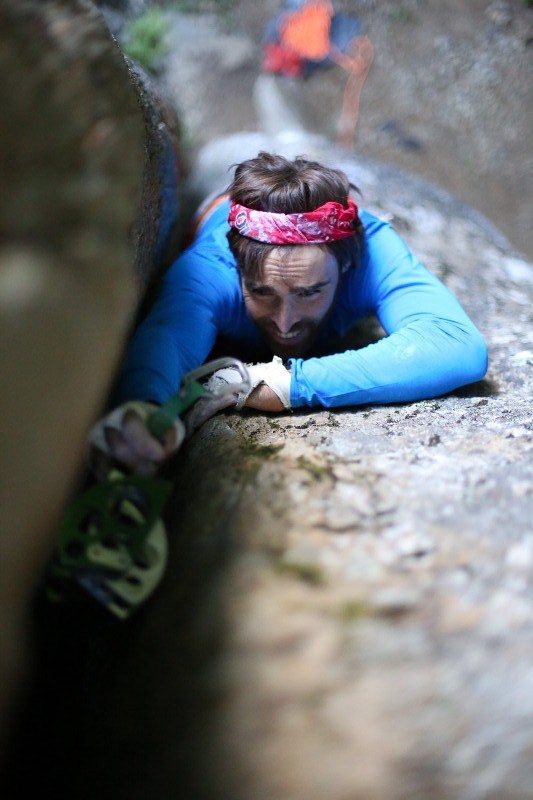 So I gave Thai Boxing one last try. Dodgy double fists, insecure chicken wings, and assertive knee scums slowly saw me moving upwards. There were a few moments I felt I was slipping out, but with encouragement from my good friend Mike who was belaying me, my mind stayed strong and did not let go. The impassable section of rock became a challenge to find solutions. I took my time, measuring my effort and keeping my mind open. It was a half-an-hour battle but I managed to get to the top! As I clipped the anchor I felt both nauseous and happy. What an awesome route!

I wish my friend strength, courage and a speedy and full recovery!

For more, check out some of our previous posts featuring Sean: Jungle Jamming, Greenland Vertical Sailing, Baffin Island and Patagonia.

Sean Villanueva O’Driscoll believes he didn’t choose to climb—climbing chose him. He considers his first expedition to Patagonia as a turning point in his life because he felt utterly connected with the forces of nature and the adventure of just being alive. Climbing teaches Sean to live life to the fullest and that he can do whatever he wants if he puts his mind to it.