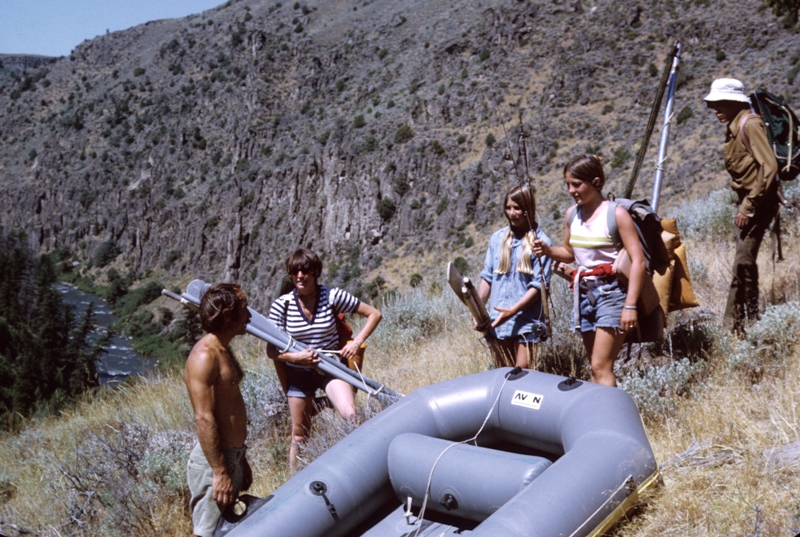 Patagonia owners Yvon and Malinda Chouinard joined Friends of the Teton River this summer on a trip down a wild stretch of the Idaho waterway. Their trip commemorated a float the Chouinards had taken down the same stretch of river 35 years ago, before construction of the notorious Teton Dam. Unfortunately, the trip was not a celebratory one – Friends of the Teton River's Amy Verbeten explains:
______

Thirty-five years ago, biologist and early Wild and Scenic Rivers advocate Frank Craighead, his son Charlie, Patagonia founders Yvon and Malinda Chouinard, photographer Jeff Foote, and others, organized a multi-day paddling and fishing excursion in Teton Canyon. Photographs from their trip were some of the last taken before the canyon was inundated by the ill-fated Teton Dam.

The original Teton Dam, authorized by Congress in 1964, was protested on the water and in the courts, but this had little effect on slowing construction. Geology and weather provided a far greater challenge. On the morning of June 5, 1976, as rapidly melting snow filled the reservoir for the first time, water began to gush from the porous rock abutting the sides of the dam. Within hours, the entire structure collapsed. Eleven people perished, entire towns were destroyed, 13,000 head of livestock were killed, and tens of thousands of acres of farmland were stripped of topsoil. Congressman Leo Ryan, chairman of the House subcommittee which held hearings on the disaster, described it as "one of the most colossal and dramatic failures in our national history."

[Preparing to float the Teton River in protest of the original dam, Yvon Chouinard, Mary Hutz, Jana Craighead, Malinda Chouinard, and Ted Major, Jr. rig boats before winching them down the canyon wall in 1974. Although more accessible put-ins exist, the infamous “Bitch Creek slide,” and the whitewater below it, makes for the most adventurous trip down Teton Canyon. Photo by Frank Craighead.] 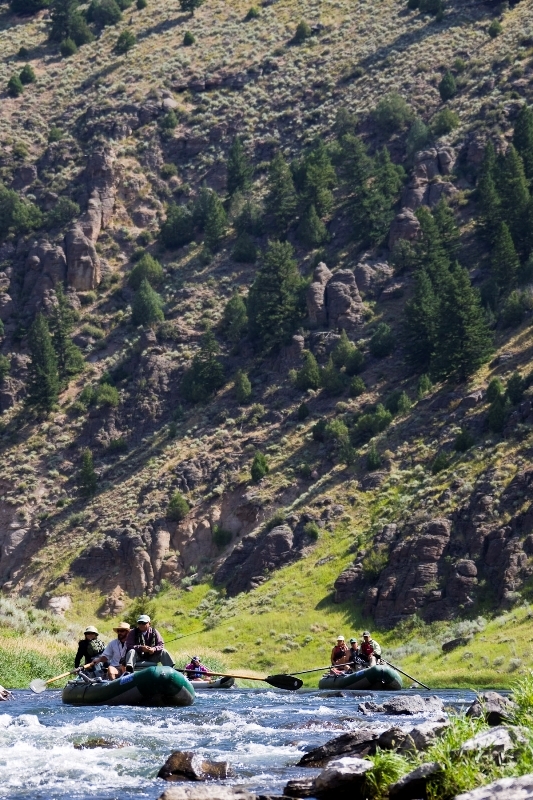 In August 2009, staff and friends of Friends of the Teton River joined Yvon, Malinda, and Charlie as they returned to the Teton Canyon for the first time since 1974. Although Frank Craighead passed in 2001, his spirit touched this trip, which took place on what would have been his 93rd birthday. The purpose of the float was not of celebration of the power of nature to restore itself, nor was it merely one of remembrance. At a time when news about dams is more frequently about removal than construction, the Idaho Department of Water Resources and the Bureau of Reclamation are investigating a rebuild of the Teton Dam.

There is a marked contrast between approaches to water management in the lower, previously dammed section of the river versus the upper watershed. In the upper watershed, Friends of the Teton River has built a 10-year legacy of collaborative, science-based watershed management. Since 2000, we have worked closely with our community, and with local,
state, and federal agencies to make great strides in restoring clean
water, healthy streams and abundant fisheries in the Teton Watershed,
using sound science as our guide. We have found that water can have the power to unite the seemingly divergent interests of irrigators, anglers, developers, policy-makers, and conservation groups. Collaboration allows us to build bridges with our neighbors, and find creative, locally derived solutions that benefit the watershed and the people who live and work within it. Our stakeholder-driven, watershed-scale approach has been widely recognized as innovative and effective by the 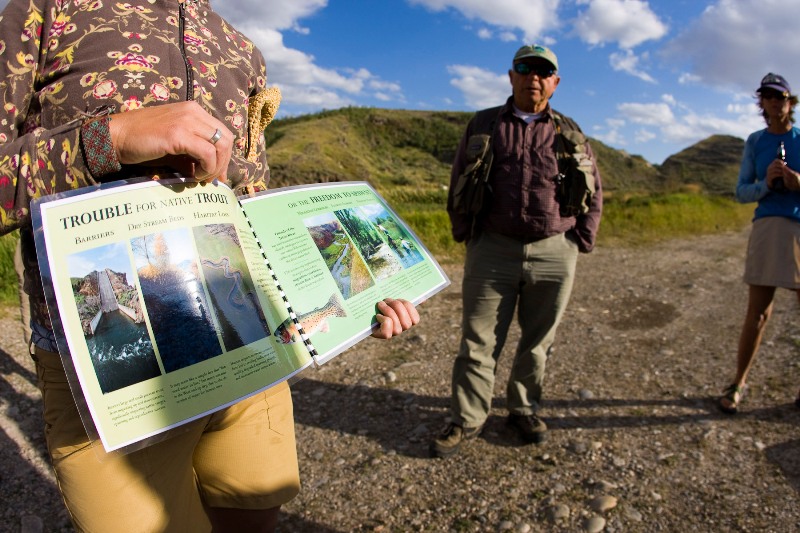 We are currently at a critical juncture for the Teton Watershed. At the same time that Friends of the Teton River and our partners are making huge strides in restoring the upper watershed, a rebuild of a dam on the lower river would decimate one of the last strongholds for the native Yellowstone cutthroat trout we have worked so hard to protect. At a time when we are making great progress in restoring habitat and removing barriers to trout migration in the upper watershed, we could lose one of the last truly wild river canyons in the Western U.S. Frriends of the Teton River and other conservation groups such as Trout Unlimited are building strong coalitions between previously antagonistic stakeholders, and finding new and effective water management strategies that support adequate water for both agriculture and a thriving native trout fishery. We have found time and again in the upper Teton watershed that a local community can work together to create a place where water supports a vibrant and diverse local economy. It is time for us to move forward, away from an era of dam-building, and toward an era of innovative solutions that meld ecology with economics, and that involve local communities in creating a sustainable future.

We need your help. Please join us as we work together to make the entire Teton watershed a model for democratic, science-based watershed management. Give your support to Friends of the Teton River as we work closely with partners such as Trout Unlimited, Idaho Rivers United, American Rivers, the Henry’s Fork Foundation, and the Greater Yellowstone Coalition to ensure that the scope of the dam study is expanded to include innovative, stakeholder-derived, non-structural alternatives that meet actual, quantified water needs. Additionally, as the Bureau of Land Management (BLM) considers Wild and Scenic designation for reaches of the Teton River and its tributaries, Friends of the Teton River encourages you to share your input.

Above, left – What does the future hold? At the site of the failed Teton Dam, the takeout for the 2009 float, FTR’s Anna Lindstedt shares information about the probable impacts of a new dam on native Yellowstone cutthroat trout. Left to right: Anna Lindstedt, Yvon Chouinard, FTR Executive Director Lyn Benjamin. Photo: Gabe Rogel.]