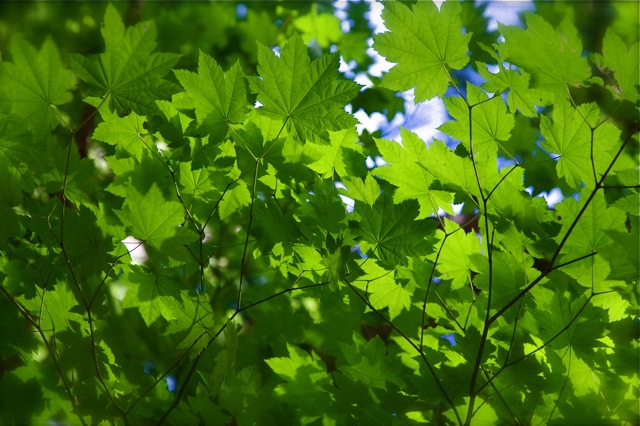 If you are visiting Squamish this summer and you enjoy a refreshing session of conscious-breathing and tension-releasing exercises, then go to The Yoga Studio on 2nd Ave any day of the week. But if you are here only for a Sunday, then you gotta check out “yoga in the park.” My girlfriend Lydia taught yesterday's class and there will be a different teacher there each week, as there have been different teachers in weeks prior. The fee is by donation only, so whatever you can afford. But imagine this…

…unfolding your mat onto a perfectly cut lawn of green grass and three-leaf clovers at 9am in the morning. The sun filters through the tall trees, warming your skin and illuminating the park. 25 people in a circle wrapped around the teacher, with a gentle breeze behind your ears and the occasional cyclist riding by. The ground beneath you is not a hardwood floor, but the earth itself; you can feel the subtle bumps under your toes, but it makes you smile. The class is rhythm and flow, a constant state of moving, bending and twisting, lunging and holding — all the stuff we know we should be doing but just can’t seem to make the time for. Then, after about an hour and fifteen minutes, the heart rate comes back down slowly. You invert into a shoulder stand, headstand, whatever you like, and feel the rush of newly oxygenated blood surging through the stream. The abdomen releases, the tension disappears, you are weightless and calm and the sound of each chirping bird in the distance falls quiet. The sound of your breath is the only thing you hear. You take a deep inhale of the freshest mountain air and unwind into corpse pose, eyes closed, hovering above the ground until the electricity in your body is reduced to nothing more than light waves of energy scanning over you. Ten minutes pass — it may as well be a lifetime. Your lids open tenderly and look up to see the bubbling white clouds taking shape. You are now ready to begin your day. Your perfect day.

[That is the best way I can describe yoga in the park to you — that’s what it was for me. Here’s what it looks like when you look up into the leaves. Photo © Sonnie Trotter]

Later in the day, after coffee and breakfast, Lydia, Lil Ben and I went to Rogues Gallery and climbed some OUTSTANDING rock. Ben wanted to show me a classic sport climb called Fitness World. Apparently a hold broke and it hasn’t seen much traffic since, but we got the scoop and two of our friends had in fact climbed it since, without the new sequence changing the grade much — probably hard 5.13c with a stout boulder problem in the middle. It’s a full 30-meter pitch I reckon, and pumpy as all hell. Ben had been on the climb before and we exchanged beta to unlock a good set of moves. Ben did the climb on his second try that day, BIG WHOOOP on that. I had a little less luck. On my second try, I couldn’t pull the moves I had worked out. I got flustered and invented a new sequence on the fly, just barely missing the jug. I stuck it off the dog, went to the top and lowered off. Surely I would tick it on my third try. Ha ha, not so. I climbed up into it and missed the blind throw around the corner I thought would be so easy. I hate underestimating low-percentage moves. So, I had to work out a third way of doing it. I climbed to the top again to make sure I remembered how and lowered off, ready to go home and eat sushi. 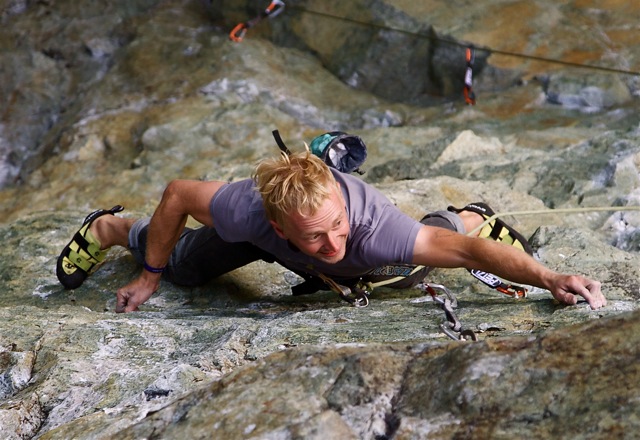 On the ground I was surprisingly tired. Only three burns and I was worked. But Ben decided he would try a nearby 5.12. He fell and had to tinker with the moves, which allowed me enough time to recover again. After a 20-minute rest, I ran back up to the highpoint, the sun on the edge of the horizon, just sparkling off the wall behind me, and I stuck the move with heavy arms, my breath carrying me to the top. I was a little bit pumped, but not nearly as much as I thought I’d be. I haven’t sport climbed like this in a long time, it felt good to redpoint on the fourth try of such a long endurance-testing route. It also felt good to crimp and pimp again, instead of squeezing slopers all the time or jamming cracks. God I love climbing. What an awesome line. Thanks to Marc Bourdon for establishing it and to Ben for showing it to me.

So, speaking of Lil Ben, or Ben Harnden as some of you may know him, here is a short clip of him sending No Troublems (Loh) hard V10. He made quick work of the line. And for those of you who don’t know him, he’s been a local hero for some time, a bit of a darkhorse, a workhorse, and a truly talented individual. Check out the clip, and gasp as he campuses the final move over the slab, you know, the really scary move that may result in a hospital trip if you blow it, yeah that one. And if you climb the problem in the near future, imagine doing that move without feet. A wee bit intimidating I might say.

[On a quiet afternoon in the Squamish Forest, Kelowna super hero Ben Harnden crushes the loh crimps on the classic No Troublems. He inspired me and we did it together. The regular version goes at V9/10, but the low start adds a few extra-strenuous moves into the crux. The hard part is setting up for the initial throw. Despite what people may say, it's damn good. Cedar and Elmo were there too to cheer him on and witness the sickness. Video: Sonnie Trotter]