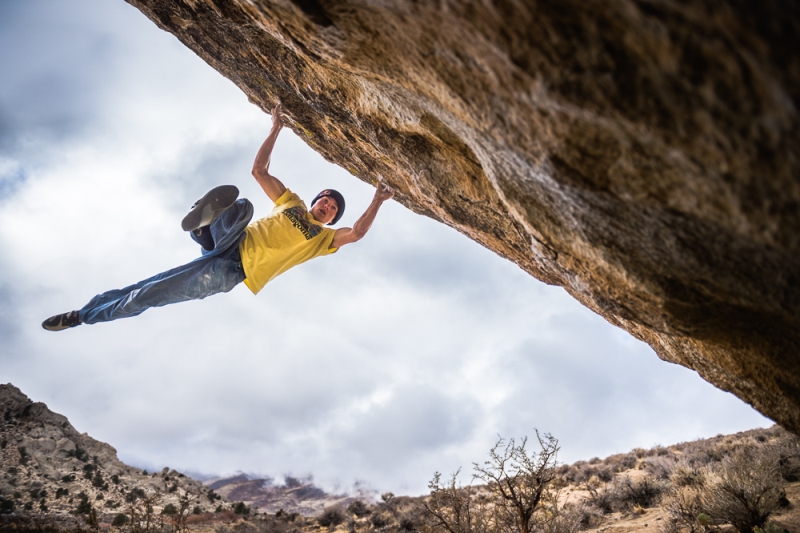 Patagonia climber Alexander Megos made the third ascent of Lucid Dreaming (V15) this week on the Grandpa Peabody boulder in the Buttermilks. It was a double-milestone effort for the German phenom.

“Feels like a DREAM but it’s not. Finally took down my hardest boulder ever and as well my longest project ever!” Alex said on his newly created Instagram account.

Photographer Ken Etzel was there to capture the climb and share some details.

“We finally received some moisture on the East Side last night and I think it was key to his success,” Ken said. “Alex has struggled with skin issues, his fingertips kept cracking and splitting.”

Damn it! No send but got some other surprise instead… That bouldering is tough business. #badskin #buttermilks

“The boulder is about 45 feet tall, but the hard climbing is in the first 15 feet and revolves around three extremely hard moves on minuscule holds,” Ken continued. “One in particular is an extremely glassy pinch that feels like a bar of soap that is ready to be retired. The moisture in the air can actually increase friction on holds like this, something that climbers sometimes call ‘sticky wet.’ The hardest move revolves around grabbing this hold with your left hand and jumping to a crimp. Today (January 27), Alex did it easily on the second try. However, due to the rain, there were a few stressful moments on the upper slab. He had Felix and Daniela throw him up a chalk bag so he could dry off the foot holds 30 feet up.”

“He’s the third person to climb this boulder problem. It’s graded V15 and is notorious for its low percentage moves. It took him 11 days of attempts to climb it, three in November and eight this trip. Exciting times for the Patagonia climbing team! This isn't the Dawn Wall, but it’s still world-class climbing for sure.” 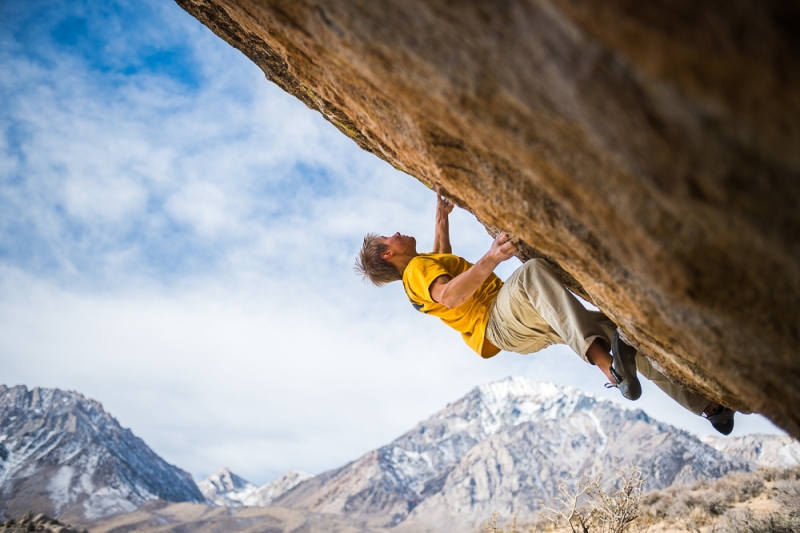 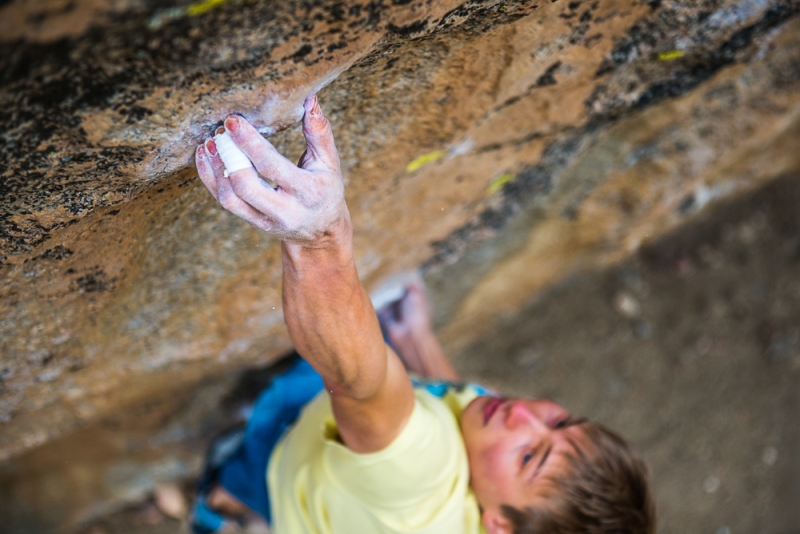 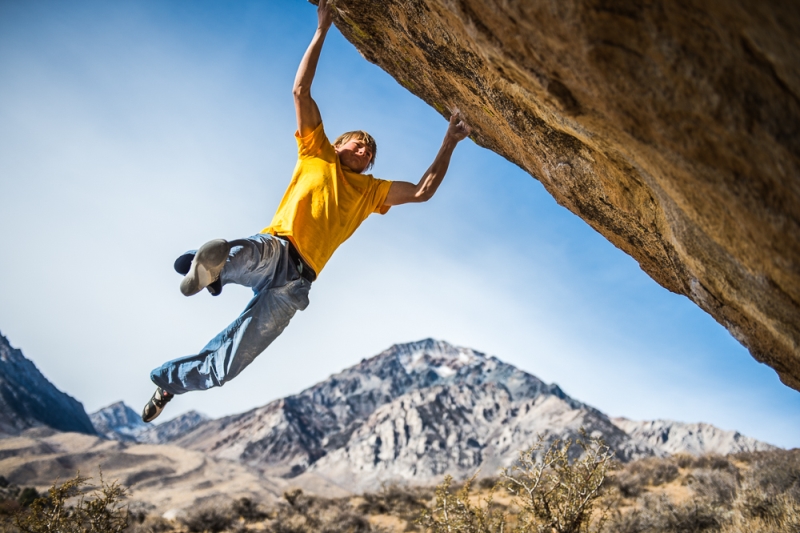 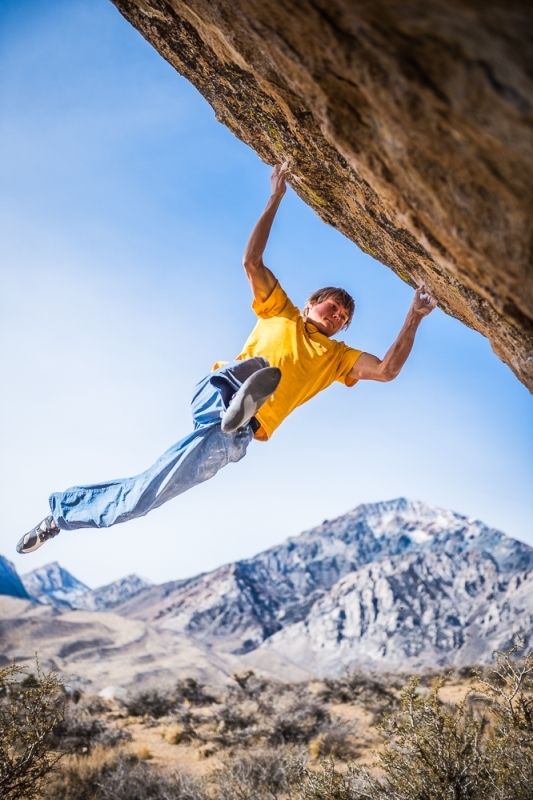 On his first day in Bishop, Alex sent Direct North (V14) on the Grandma Peabody boulder. Yesterday, he flashed Maze of Death (V12) and made a quick ground-up ascent of This Side of Paradise (V10). But the reason Alex traveled back to America was Lucid Dreaming.

“After spending three days on the climb when I was over in November 2014, I got totally psyched to come back for Lucid Dreaming. Not just because it was a V15 and I hadn't climbed a V15 before, the climb was appealing to me because it is so pure and clearly hard. There are no tricks, no hooks, nothing, just three tiny holds in a row—the purest form of bouldering for me. I wanted to prove to myself that I could do it. That was what made me train for four weeks and then come back. I wanted to see what I could actually achieve when I focus 100% on something.”

Rest day activity in the mountains near Bishop. Way too warm for that time of year! #patagonia @felixdefat @danielaebler

Have a great weekend everybody.