There’s alotta milk in a latte.

Fact is, coffee bars in the U.S. serve more milk than they do coffee. So in my quest to understand what all goes into my coffee, I ended up taking in a fair amount about milk.

If so much milk is going onto coffee, shouldn’t the quality of the milk matter?

Intelligentsia thinks it does. My friend Matt referred me to Straus Family Creamery, the place where Intelligentsia’s LA coffee bars source their milk. I was familiar with Straus’ glass bottles from the dairy aisle of my grocer, but I never understood why it was more expensive than other brands. Until I hung out with their cows. 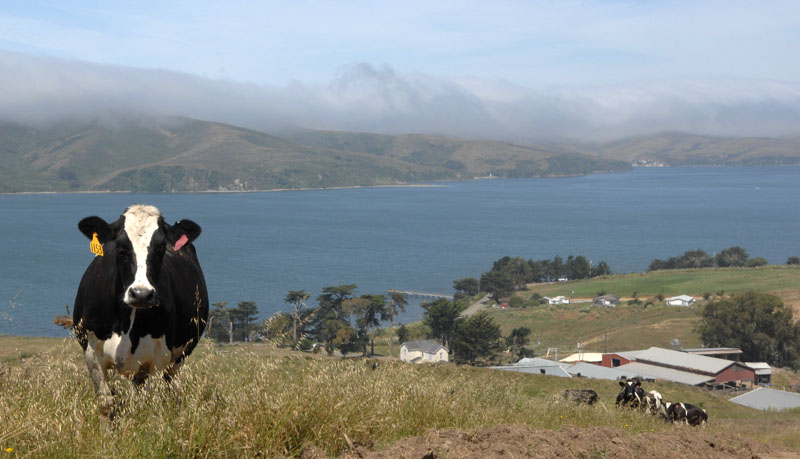 [The dairy is located along the Northern California coast, at the juncture of winding roads dotted with cyclists, 30 miles west of Petaluma. The landscape is lush. All photos by Mark Shimahara]

I was reminded of the French Alps, where dairy cows roam freely – sometimes even into the narrow roads, congesting cars. There, as was the case here in Point Reyes, the land belonged to the cows. 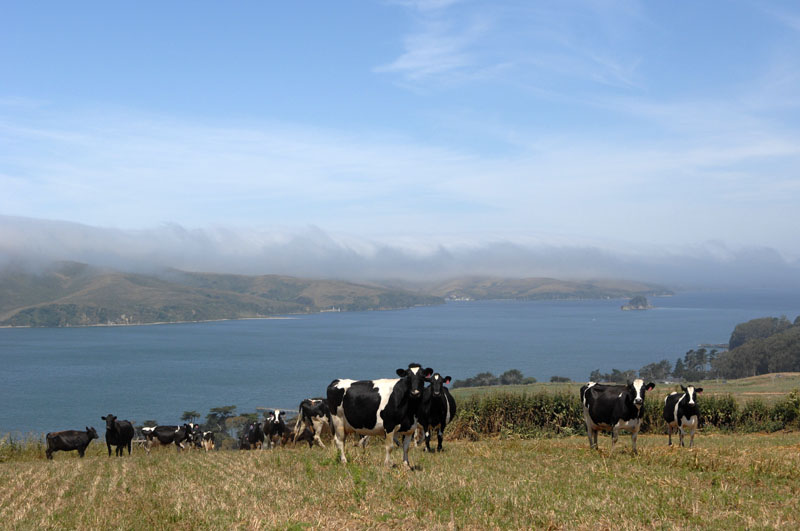 [Black and white Holsteins and brown Jerseys – or a combination of the two breeds – grazed hilly pastures seemingly without borders. The chief rancher, Harley Wagonseller, told us there were about 300 “girls.” So scattered that they were, I don’t remember seeing more than 20 at any given time.]

The “girls” spend most of their day grazing pastures with minimal exposure to concrete. They live to nine or ten years, which is double the lifetime of most cows. Straus cows are milked twice a day and each produces 70 pounds of milk a day.

These cows aren’t given the artificial growth hormone rbST, which helps cows produce more milk. A lot of milk is now labeled with a strange and confusing message that the milk product does not contain rBST. Yet the label also says that rBST is not proven to cause harm in people. So what is the label really saying?

The Straus Family Creamery was the first of its kind west of the Mississippi, established in 1941. Albert Straus, President of the company, transitioned his father’s 70-year-old dairy to an organic one in 1994.

It was Albert’s first of many steps to make the dairy more sustainable.

Cows are provided feed, containing a mixture primarily of alfalfa hay, flax seed, and oats all of which are organic and without Genetically Modified Organisms (GMOs). On the pastures, cows consume the native grasses (of course grown without synthetic herbicides, pesticides, and fertilizers). Cows are also not treated with hormones or antibiotics. 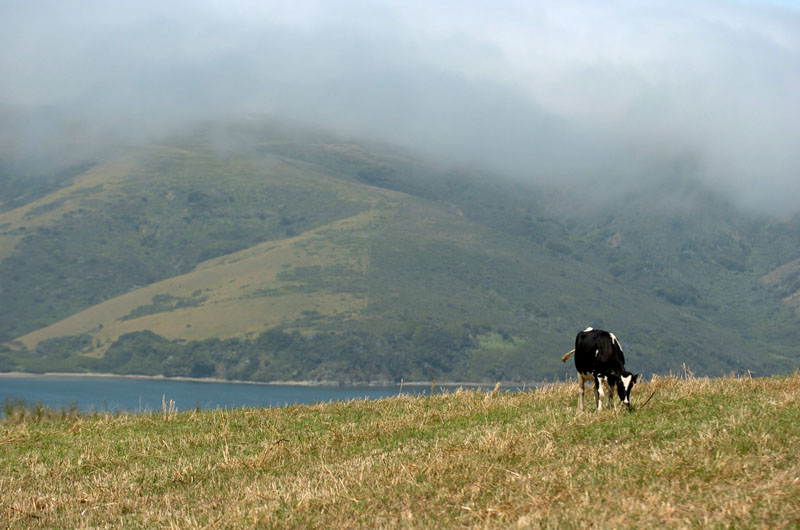 [The grasses are seasonal, so the milk (just like a fresh blend of coffee) also tastes and appears slightly different throughout the year.]

Straus Creamery recently became the first dairy to achieve Non-GMO Project Verification. This process ensures the supply chain is not contaminated by GMO products, which is common in conventional crops. 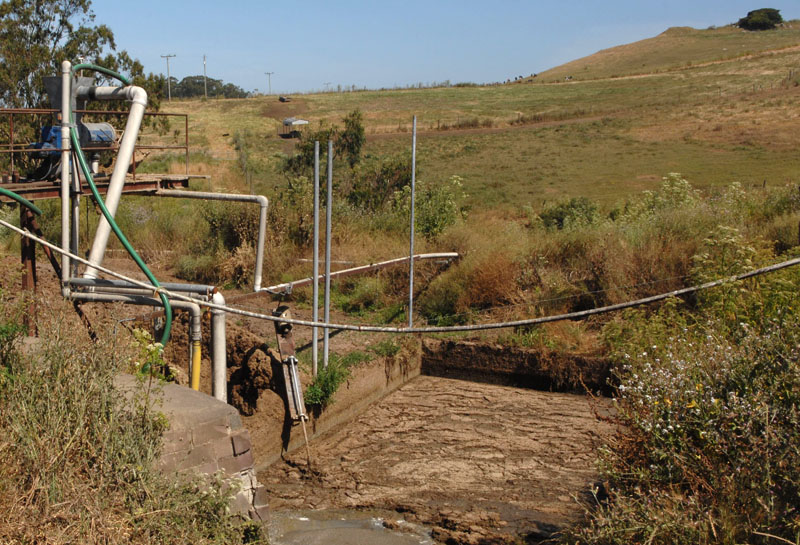 [The dairy is powered by the cows’ manure…yes their own poop!]

Yet Straus has taken other steps to become sustainable. Manure is collected and sent to a methane digester, which separates the liquids from the solids. The liquid is sent to a covered tank where bacteria anaerobically break down the manure. The byproduct is methane, which then fuels a combustible engine that generates up to 300,000 kWh of electricity a year, or 90% of the farm’s energy.

Glass is finally another means by which Straus increases sustainability and offers a more refined product. With 95% of people returning the bottles, each is used about six to eight times! And when you crack open that bottle you will notice a few things. First, there is sumptuous cream on top. This milk is not homogenized, a mixing process that prevents the natural separation of cream. Second, it’s aromatic and sweet, in a large part because it’s not ultra pasteurized with excessive heat.

All this is to say that the milk in your coffee matters. The final product – in this case, coffee – is, after all, the sum of its parts. At Patagonia, like Straus creamery, we like to focus on sustainability, organics and quality, placing a premium on what goes into our final products. Knowing what constitutes the products you ingest as well as what you wear allows you to not only be a more discriminating and socially conscious consumer, but likely a more satisfied one. Mooooo to that!